Upon meeting Walter Stickles, his passion for the culinary field is very evident.

Prior to moving to the area, Walter was living in Virginia Beach doing electrical work. “It wasn’t what I wanted to do for the rest of my life, I wasn’t passionate about it,” he admits.

Walter says he is always in his home kitchen so pursuing a new career in the culinary field just made sense to him. He told a friend about his interest, and she found the Food Bank’s Delaware Food Works culinary training program. Walter applied immediately and kept his fingers crossed that he would hear something.

He heard back from Workforce Program Manager Lisa Grinnage, and now he and his classmates are wrapping up their fourth week of training. Walter has also already obtained employment at Full Circle Food, a locally-owned, chef-prepared meal delivery service.

He says he has already learned so much from Chef Instructor Tim Hunter in the short four weeks of training so far. “We learn something new every day… it’s hard to pinpoint things, because we are just constantly learning new things.”

Chef Tim’s knife instruction has been particularly helpful for Walter. “His big thing is to keep my finger on top of the knife – pinch your knife and keep the tip of your knife down,” he explains.

Walter says he likes to stay busy and learn as much as he can. “I don’t really know what the future holds, but whatever it brings, I just want to be in a kitchen.”

Years from now, Walters hopes to work his way up to being an executive chef.

For now, he is focused on improving his skills and learning how to cook a variety of cuisines including Japanese. “There is just so much I really want to learn,” he says.

When asked what dishes he would prepare to wow a crowd he picked a few – enchiladas with scratch-made sauce, vegetarian stuffed meatballs or ramen.

“I really like to make authentic ramen,” he points out. “I think that would be my favorite thing to cook. You can do so many different things, whether it’s the broth or noodles, plating and garnish.”

Walter describes the Delaware Food Works culinary training program as “wonderful.” And encourages those considering it to “just do it.”

“The staff is absolutely amazing,” he says. “It’s kind of like a family. It has a very family-oriented vibe. If you you are interested in joining the program, just come in with an open heart, open head, open mind, and just learn all you can. It’s awesome here.”

The next 14-week Delaware Food Works training program begins in August. To learn more or to apply online, click here. 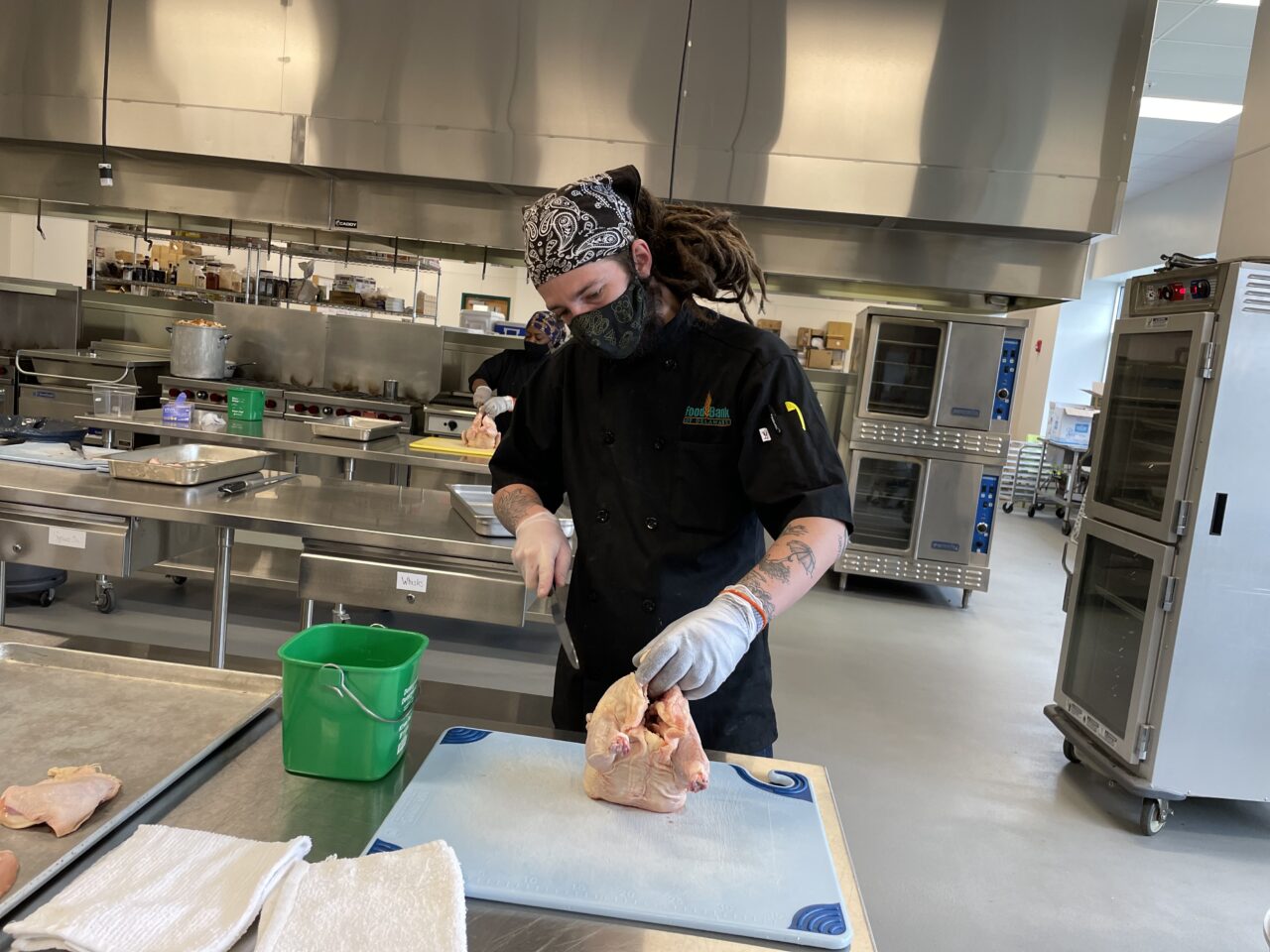