Culinary training leads not only to career, but also positive attitude

For Dover resident Melissa Edge, the Food Bank of Delaware’s Culinary School offers an opportunity for a fresh start. The Dover resident’s probation officer recommended the workforce training program. When Edge went online to www.fbd.org to investigate, she completed an application, and the rest is in the progress of becoming history – in a very positive way.

“She (the probation officer) thought it would be a good opportunity, and I knew this would be something I would enjoy,” said Edge, who started the 14-week program in mid-January. The Food Bank’s Culinary School is a 14-week program that includes classroom instruction, hands-on experience in our commercial kitchen, the opportunity to earn ServSafe ® certification, and two weeks paid internship. In addition, students receive coaching and training in life skills, including financial literacy and resume’ preparation.

Although Edge had cooked at home for her three children, her culinary skills were honed for large-scale, commercial level during a 14-month incarceration. “I had a pretty decent life, but I was going in the wrong direction,” she explained. “Being incarcerated actually helped me focus on me. We had to work while incarcerated, and I was in the kitchen. It kept me busy, and I got respect for the work I did. I worked from 6 a.m. to 6 p.m., and if it needed to be done, I did it, and I enjoyed it. I learned because I wanted to. In the end, I pretty much ran the kitchen. Hard work pays off,” Edge said.

“But I found my calling. I had hit rock bottom, then I was encouraged, and I was also encouraging,” she added.

The Food Bank’s Culinary School, Edge is discovering, will advance her skills to the next level. “The skills I’m learning here are different techniques, the technical stuff, proper cutting skills, and ServSafe ®,” she said.

After her release and before starting the Culinary School, Edge learned something else about herself: she missed the kitchen environment, the teamwork, the challenges, the mutual support. “The transition was rough,” she said. “I was stuck in my own head. This is just what I needed.”

Edge is also developing new social ties while mastering new skills. “I’m excited about something, and I’m engaged in something. I found a new group that wants the best for me. For people who want to be in this field, this is the program. We’re learning not just cooking; it’s also communication as a team. There is a lot involved. Somebody has to clean the kitchen. In a kitchen there’s always something to do, and somebody will be hungry tomorrow. This is something I’m passionate about, and this is going to get me where I need to be,” Edge said.

The positive changes, she noted, extend far beyond the classroom and kitchen. “I’m very happy, and my family notices a big difference,” she added.

Edge’s long-term goal is to eventually become an executive chef. “I want a job that I want to go to and love what I do,” she said.

Visit www.fbd.org for more information about The Culinary School. 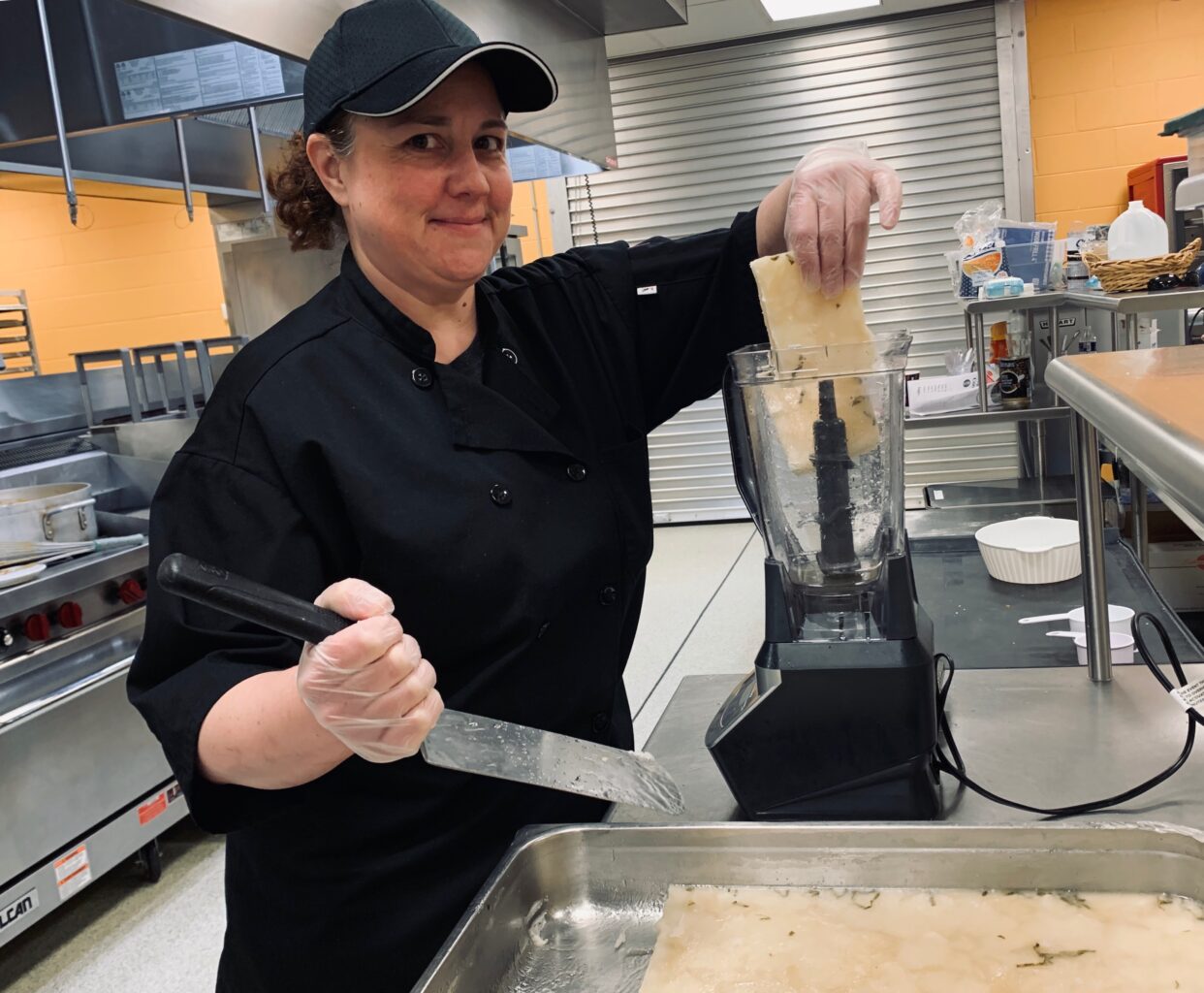