For Andrew Morley (left in photo) and Otis West (right in photo), The Culinary School at the Food Bank of Delaware opened the door to a promising career in the food service industry. Both Culinary School alumni are climbing the ranks at Executive Chef/Owner Bryan Sikora’s Cocina Lolo in Wilmington.

Andrew has been working with Sikora since graduting from The Culinary School in 2014. He got his start at La Fia, Sikora’s fine dining establishment in downtown Wilmington, and has since then moved on to run the kitchen at Cocina Lolo.

“I have a lot more responsibilities,” says Andrew. “I am doing thinks like managing, inventory and ordering product.”

Andrew even acts as the liaison between The Culinary School and Cocina Lolo for any internship placements.

Andrew is always the lead in the kitchen during lunchtime, while Otis, a 2016 graduate of The Culinary School, is the lead during dinner.

Like Andrew, Otis is responsible for cooking all of the main foods, ordering and also does a lot of prep work and handles some catering at the restaurant.

The Culinary School taught both alumni the basics needed to start their careers.

“It’s been extraordinary,” Otis points out. “[The Culinary School] actually teaches you everything you need to know in the kitchen. It’s hands on. It’s invaluable. When you come into a kitchen, people think they’re just going to sit here and cook what’s on the menu. There is so much more involved. From the Servsafe certification, to cleaning and being able to prep and do some of the menial jobs that people overlook, The Culinary School really prepares you for all of that.”

Before enrolling in The Culinary School, Otis worked at a seafood restaurant and did private catering on the side. He has been at Cocina Lolo since October 2017 and has quickly learned the ropes of the kitchen. Prior to Cocina Lolo, Otis spent time in the kitchen at Two Fat Guys.

“It seems like I’ve had 100 jobs,” he points out. “I have always loved cooking and was ready to make a career out of it.”

Otis was originally planning to attend the culinary program at Delaware Technical Community College, but learned about the Food Bank’s accelerated 14-week program, “Someone said, ‘Well you know they have one at the Food Bank and it’s just as good as the one at Del Tech, and it’s not as long and you can probably get right in.’ I applied and it was a go.”

In addition to 14 weeks of training at The Culinary School, Otis also participated in ManageFirst training at the Food Bank. This specialized training is geared towards people already working in food service industry, but want to take their careers to the next level.

“ManageFirst helped me a lot with ordering and menu pricing,” he says. “For example, if a customer doesn’t want the shrimp fajita and they want mushrooms, I am able to break it down and price it out.”

For these chefs, there is nothing better than watching diners enjoy their dishes.  Andrew says that dishes like fajitas and queso are the most fun to prepare.  “They come right out of the oven and they are sizzling. That aroma catches everyone in the dining room. We know if we send out something that smells good, we are going to get five more tickets instantly for it.”

For current culinary students, Andrew and Otis both have advice.

“I think that anybody can be successful with the skills they learn at The Culinary School, because everybody has to learn the basics. You have to start somewhere,” Andew says.

“Pay attention to those chefs,” advises Otis. “They know what they are talking about. Hang on to every little word they say. They can only help you go further if this is what you want to do.” 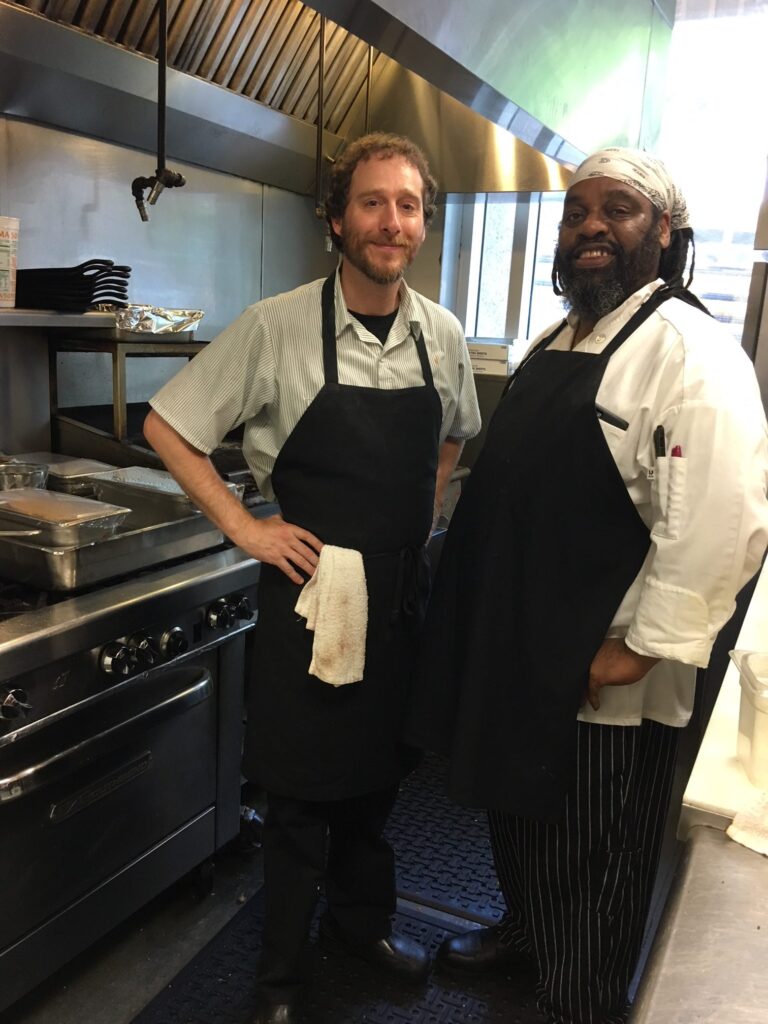