In less than a year after Eric Townsend graduated from the Food Bank of Delaware’s Culinary School in Milford, he’s advanced to a key position at one of state’s culinary coast’s dining destinations.

Eric is a sauté’ chef at Touch of Italy in Rehoboth Beach, though sometimes he also works at the restaurant’s downtown Lewes site.

For those not immersed in the culinary world, like Eric, a sauté chef is the lynchpin that connects the customers’ orders to the kitchen and back to table in a timely – and correct – manner. As he explains it: “Anything that’s not pizza or salad is my responsibility. That’s 20-plus menu items.”

And, as in life, it’s all about the timing. After all, it’s important that everyone at the table gets their meals at the same time, and that responsibility rests with Eric.

Those familiar with Touch of Italy know that it is a busy, busy restaurant, serving 300-400 dinners a night. “Anything less than 20 tickets at a time is a slow night,” he said.

For Eric, that’s part of the appeal. “I feed off the chaos,” he said. “Communication is key and the expectations are very, very high. Our goal is to get a ticket out in 10 minutes.”

Before Eric entered The Culinary School, he worked in other food service venues, including a school and the state Veterans’ Home.

“I thought I knew a lot about cooking, then I came here, and the first day I realized I knew nothing. I recognized that I had a lot to learn,” he said. “The first day, I thought I had a leg up until Chef Tish started talking culinary terms. I learned a lot.”

The Culinary School offers 14-weeks of training, 12 weeks in the classroom and kitchen, plus a two-week paid internship. Students also receive ServSafe ® training, and graduates are prepared to enter the workplace.

Eric graduated on May 23, 2017, and started at Touch of Italy that week. “I took all the information I learned here about cooking, and I’m learning on the job. I want to keep moving up the ladder,” he said.

“You are a great role model for your son, and others can definitely learn from you. You have a lot to offer,” she told Eric.

Eric praised the education he gained at the Culinary School. “Touch of Italy is so respected by the community. It’s so humbling. I never thought I’d be there right out of school. This program has been such a blessing to me.”

New culinary classes start in both Milford and Newark on May 14. For more information on how to register, visit www.fbd.org. 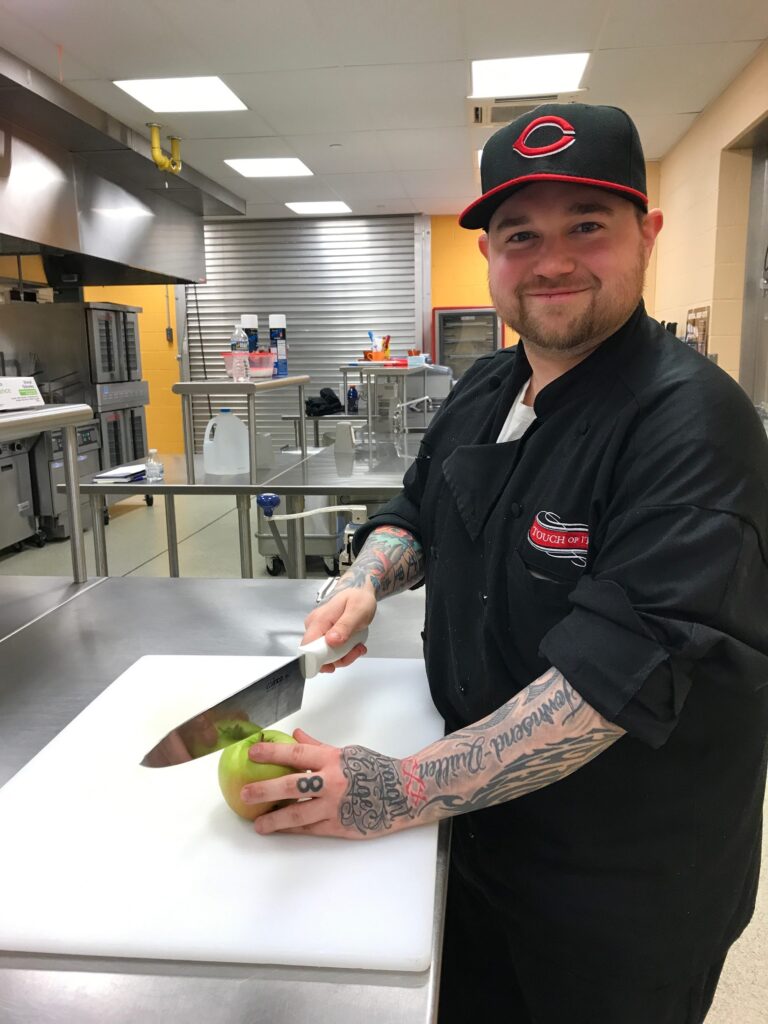