At first, Cleon Stewart applied to The Culinary School at the Food Bank of Delaware as a way out of the Delaware Department of Correction’s Plummer Center.

“But I got accepted and just fell in love with it,” he said.

Now in week seven of training, Cleon is learning as much as he can under Executive Chef Tim Hunter and Chef Instructor Donnie Stephens.

“They have been willing to give me the opportunity to come from being incarcerated and giving me a chance,” he said. “They are tough, they are no nonsense in the kitchen, but they are willing to teach you and get you where you need to be if this is what a person wants.”

On the day of this interview, Cleon and classmates participated in a cooking competition. Cleon’s dish – honey-glazed chicken wings with yellow rice cooked in chicken stock and broccoli on the side. Don’t forget the butter and garlic dipping sauce!

Cleon grew up in a family of cooks, so a career in the food service industry made sense to him.

“My great grand mom raised the whole family. My grand mom… they all cook,” he said. “I saw the love they had in the kitchen. ‘Let me try it,’ I said. And I know food is the way to people’s heart.”

Once he graduates in January, Cleon knows the “sky is the limit.”

“I know I have to start at the bottom, but i am willing to work my way up,” he said.

Looking back on his life, Cleon, now 46 years old, admits he should have applied to The Culinary School a long time ago.

“I would have been what I want to be and that’s a chef,” he explained.

Despite this, Cleon has no regrets.

“I keep a smile on my face all the time,” he said.

Halfway through training, Cleon looks forward to life post-graduation and finding a career in the food service industry.

“I want to show my son that his dad was never a failure and to show him the proper role model as a man,” he said.

Ready for a change? Applications are currently being accepted for the Newark and Milford classes scheduled to begin Monday, February 13, 2017! Click here to learn more. 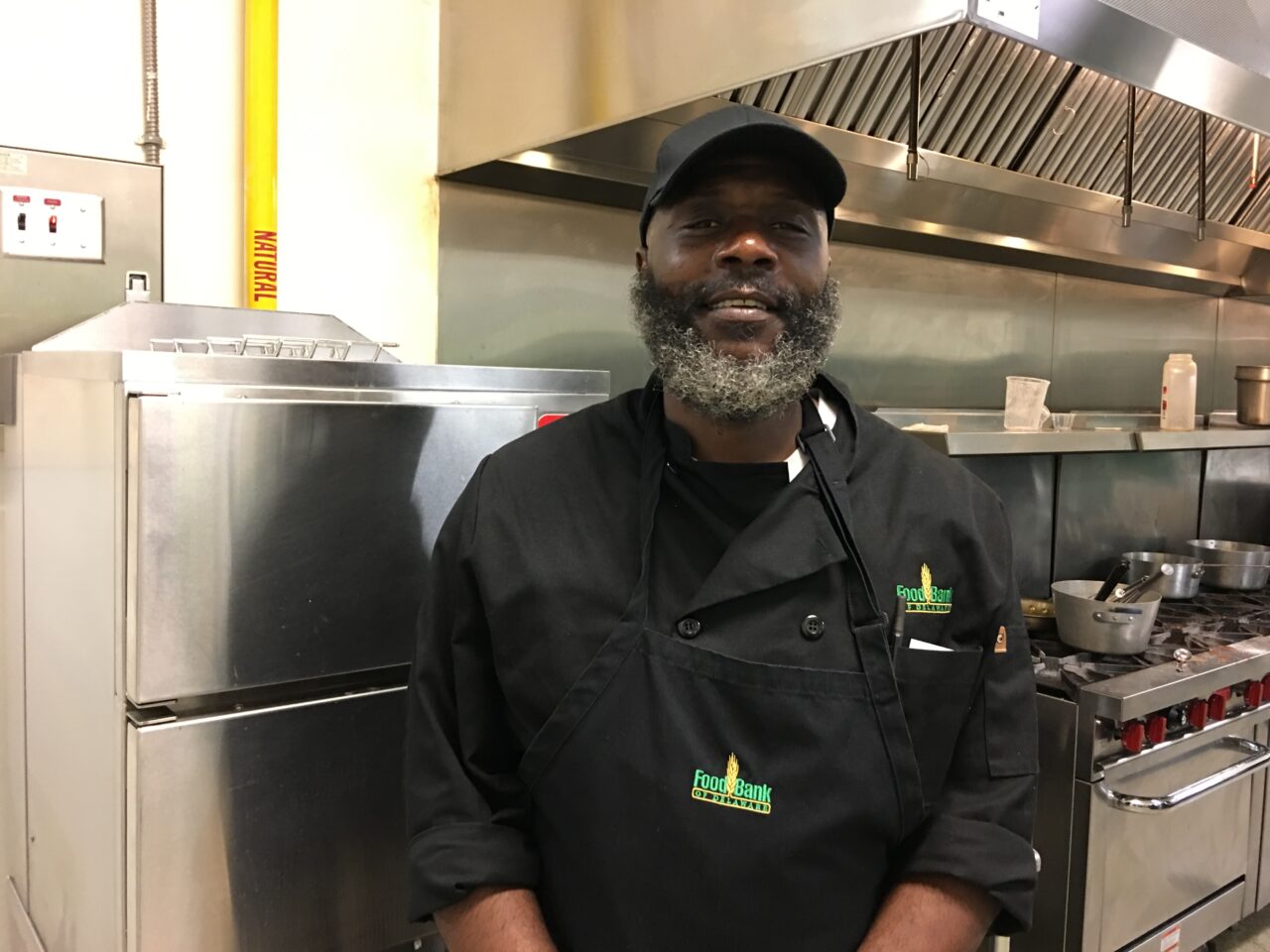