Students that attend The Culinary School at the Food Bank of Delaware come from diverse backgrounds.

Mary Calderoni is no exception.

Mary has spent most of her adult life working in the mental health field. She holds a BFA in Sculpture and Interrelated Media from the Massachusetts College of Art. She later transferred her art skills into a masters degree in creative arts therapy and a certificate in psycho-drama.

While working on her graduate degree, Mary and a friend started a catering business on the side.

“Cooking was always a hobby for me,” she said. “I grew up cooking. My earliest memories were getting up on a stool and helping in the kitchen.”

When she wasn’t counseling patients, Mary enjoyed doing catering jobs on the side for work functions and family and friends.

While working in mental health at Christiana Care, Mary met a nurse who was also a great cook. They’d bring dishes for hospital functions and cater weekend parties on days off.

For five years Mary and her colleague also developed and ran a training kitchen within the healthcare facility that provided patient-run education and work preparation. The program ended in the early 2000s as a result of changes within the insurance industry.

“I have to say not being a therapist, while I was ready to leave, it left a bigger void than I ever anticipated,” she explained.

Mary began working alongside her sister-in-law at The Troll of Scandinavia, a catering business in Centerville.

But like many Americans, Mary and her husband were greatly impacted by the economic downturn of 2008.

“He is a contractor. He was subcontracting and his business really collapsed,” she explained. “The government came after us. A lot of things happened to roll us into a financial hardship.”

“I have tried to get jobs. I almost gained a job at a daycare center near my house. They interviewed me a couple of times and then finally they didn’t choose me because I didn’t have ServSafe certification.”

Her husband has also had difficulties obtaining steady employment. Not having a vehicle is problematic, especially for a contractor, she said.

“We’ve lived in North Wilmington for four years in the same little apartment,” she said “The situation for my husband and I doesn’t seem to be getting better.”

During their time of financial struggle, Mary frequented the local library. While there, she read an article about the Food Bank’s ManageFirst program.

ManageFirst was appealing to Mary because of the lessons on management and cost containment.

“I feel like all my years in catering, I put in far more work than I ever got paid for,” she explained. “I was exhausted. It can’t be this hard. That’s really why I was drawn to that program.”

Mary was fortunate to receive a scholarship for the 10-week program that took place during the summer 2016.

“I am just very thankful to have the opportunity,” she explained. “When I learned about The Culinary School, I was able to go to the Department of Labor [for funding]. I should have done this years ago, and I really had no idea it was a possibility for me. I thought when I had the money, I’d plan to go to the program at DelTech – I am still considering it.”

Now in week eight of training here at The Culinary School, Mary is formalizing her skills.

“The way I held the knife – I was doing it wrong and not realizing. It has really changed my confidence level,” she explained.

Mary is doing her internship at Cocina Lolo in Wilmington.

“When I went to my internship and they asked me, ‘how much experience do you have in restaurants?” I said, ‘absolutely nothing. Tell me what to do. Teach me whatever you can. I am open to the whole experience.'”

Asked if she ever imagined being in her current situation, Mary replied, “Never.”

Upon graduation, Mary is hoping to be fully employed at a restaurant close to home.

“I don’t mind doing hard work or doing a lot of work,” she said.

Owning her own private chef business is a long-term goal, but for now Mary wants to “pay her dues” by working in the industry.

“I’ve been pushing more for this career, but I never got over the hump,” she pointed out.

Mary is thankful for the opportunity to gain the formal training she needed through The Culinary School.

“I would say it reinforced the positive parts of myself,” she explained.  “I was starting to get negative. It has given me a renewed hope that things are going to be better in my life because I am more personally fulfilled.”

To learn more about The Culinary School at the Food Bank of Delaware, please click here. 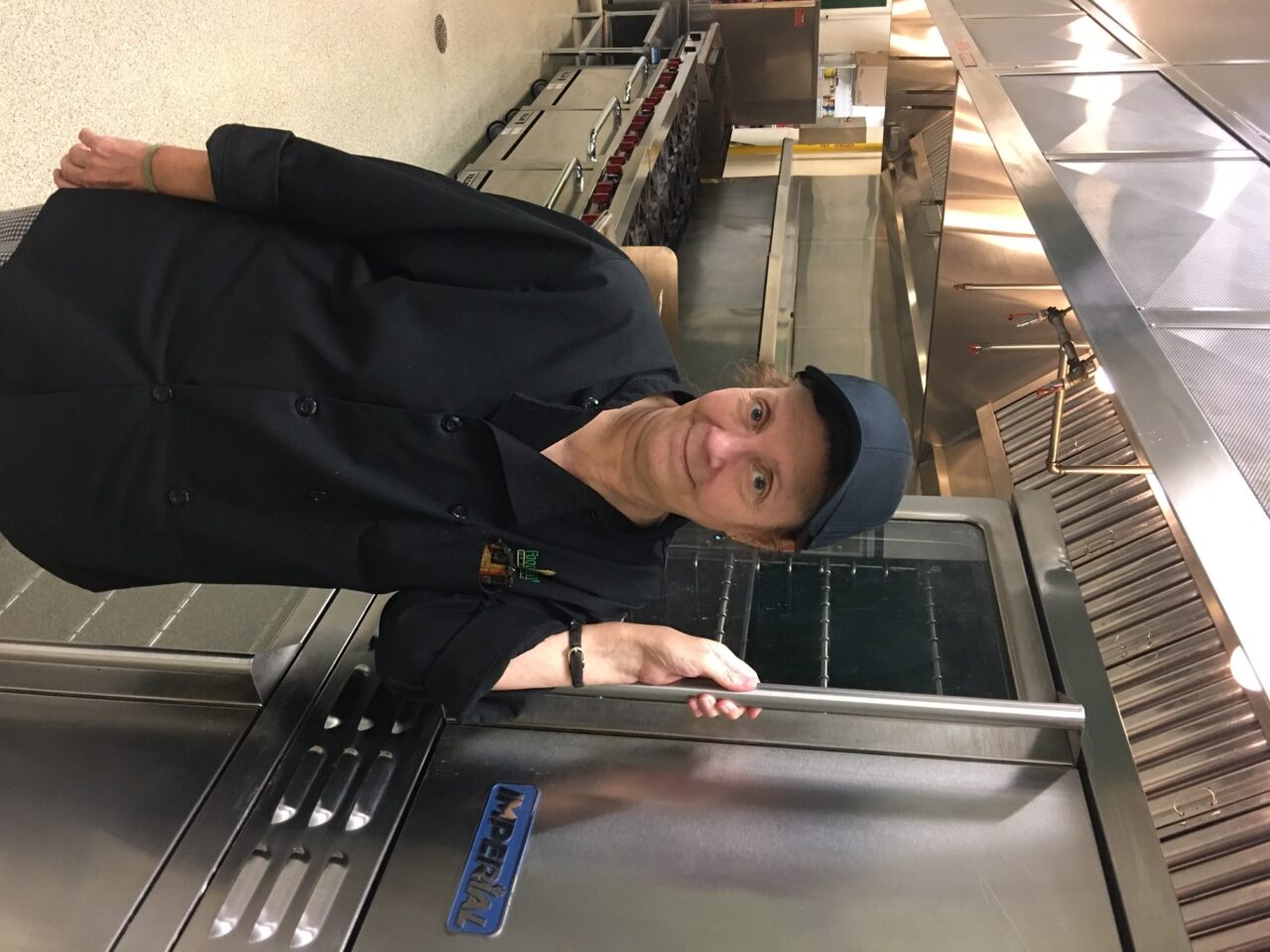