Hope Truitt received the “Most Improved” award during Dec. 20 graduation ceremonies for the Food Bank of Delaware’s Culinary School in Milford.

It’s an honor she didn’t think she would earn when she enrolled in the school’s 11th class 14 weeks ago.

Hope also earned a 100 percent score in her Kitchen Final: she prepared a stuffed pork loin that totally wow-ed the judges. Her recipe was included in the luncheon for graduates and guests following the ceremony.

She came in, like most students, a bit scared, nervous, and totally unsure of herself.

Hope, a Georgetown resident, was referred to The Culinary School through the state Department of Labor; she had been unemployed for nearly year despite prior work experience in child care and nursing.

“I always liked to cook, but I didn’t think I was good enough,” she said, reflecting on her start.

As a child, she enjoyed cooking with her grandmother, described as creative. “She likes to cook, and she would throw in interesting stuff.”

“Coming from a different career, it was challenging,” she said.

But she was learning new things, new approaches that she tried at home.

“I use a lot more fresh herbs rather than the easier route, and I try a lot more new things,” she said, noting that she did a trial with her cranberry stuffed pork loin at home.

Hope was hired by Harrington Raceway and Casino before she officially started that internship. She now works at Murphy’s Sports Bar and “loves it.”

“I do a lot of prep work and line cooking, and if we are busy, I do the fryer and salad station. If we’re not busy, they ease me into other stations. I didn’t expect to like it, but I really do,” she said.

In the meantime, Hope has been recommending The Culinary School to others.

“It’s an awesome experience,” she said, praising her Chef Instructors Tish and Jesse, as well as Program Manager Ruthann Messick.

“I don’t know what I would have done without them. Fourteen weeks goes by really fast,” she said.

Executive Chef Tim Hunter said during his graduation remarks he always sees personal growth in the students during their time in the classroom in kitchen, and that is something he appreciates.

“You choose to impact lives, to make the world a better place, and I get to do it everyday,” he said.

Registration is now open for the next class which starts Monday, Feb. 13 in bot Milford and Newark. 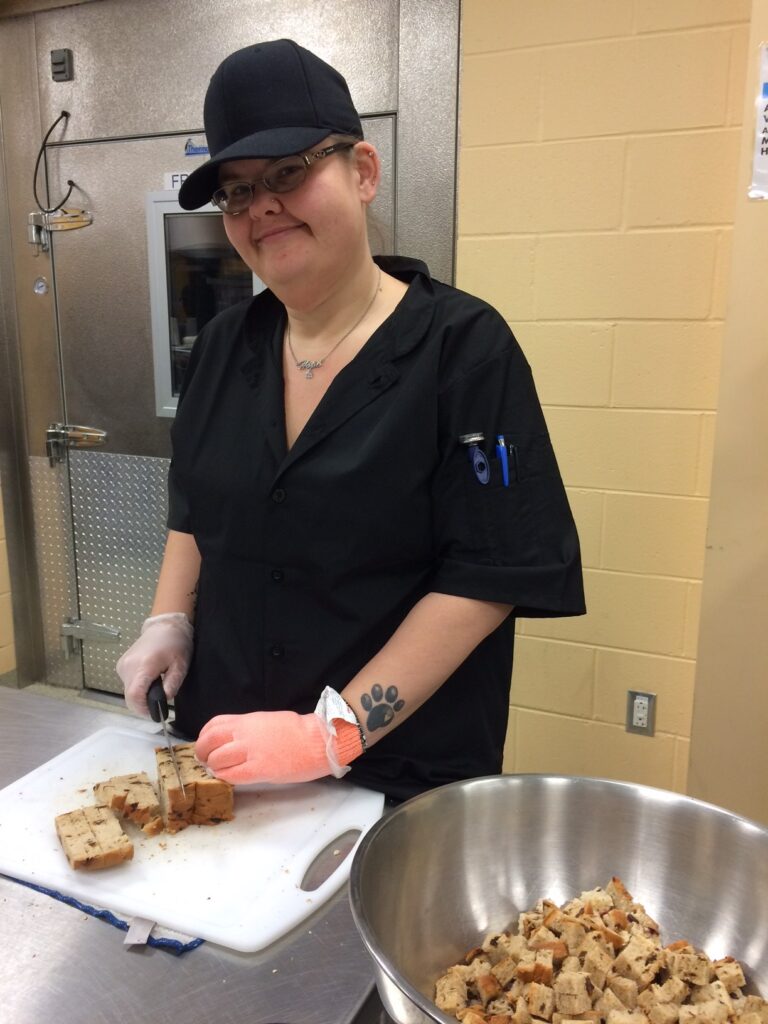