It’s easy to see that Kelly Halliday is happy at Grandpa Mac’s, one of the Rehoboth’s newest culinary destinations.

Kelly graduated from The Food Bank of Delaware’s Culinary School on Oct. 18, but her employment at Grandpa Mac’s started at the beach location in August.

Since then, Grandpa Mac’s, one of Chef Hari Cameron’s restaurants, opened a second eatery on Del. 1 in the Midway area.

Grandpa Mac’s, for the uninitiated offers an incredible variety of house-made pasta served up with a choice of specialty sauces and toppings.

Kelly’s responsibilities here include doing prep work in a kitchen that is also the focal point of an urban/ minimalist dining area.

“It’s fun. I like the people I work with,” she says. She now works between 20-30 hours a week because it’s considered “off-season” in the resort-area restaurant world.

Kelly, a Coastal Sussex native, is a mom to five children, a wife, and an entrepreneur with two home-based businesses.

The training she received at the Food Bank’s Culinary School in Milford changed her life and provided the encouragement she needed during a very difficult time in her life.

She says she has always enjoyed cooking, but she and her family were homeless for several months before she enrolled in the school, a fact she shared during remarks at her October commencement ceremony.

“I was offered the program (through her social worker), and I thought ‘This is a blessing. This is something where I can get work.’,” she said.

Prior to enrolling in TCS, Kelly said she cooked at home all the time, but the professional training taught her useful skills, including knife skills and how to prepare sauces.

“I used to be a can and jar girl when it came to sauces,” she said. “I’ve recommended The Culinary School to a lot of people.”

But there was another benefit.

“The main thing I liked about the course was Chef Tish and Ruthann (program manager). They cared about my life outside. At one point, I was ready to quit, and they said “No, you’re not.,” Kelly said.

“I did say that. The first day I met Kelly I knew she had something special in her. She just had to believe in herself,” she said.

Now Kelly is dreaming big and has long-term goals.

“I would like to have my own food truck that serves Southern cooking, good ole soul food. Greens and cornbread. My godmother is like Betty Crocker. I learned my cornbread from her and changed it to my own style. It’s moist and sweet, like pound cake.”

And there’s another goal, beyond the culinary one.

“I want to do something positive for my kids to show that it can be done.”

To learn more about the Food Bank of Delaware’s Culinary School, click here. The next class in Milford and Newark starts on Feb. 13; applications are currently being accepted. 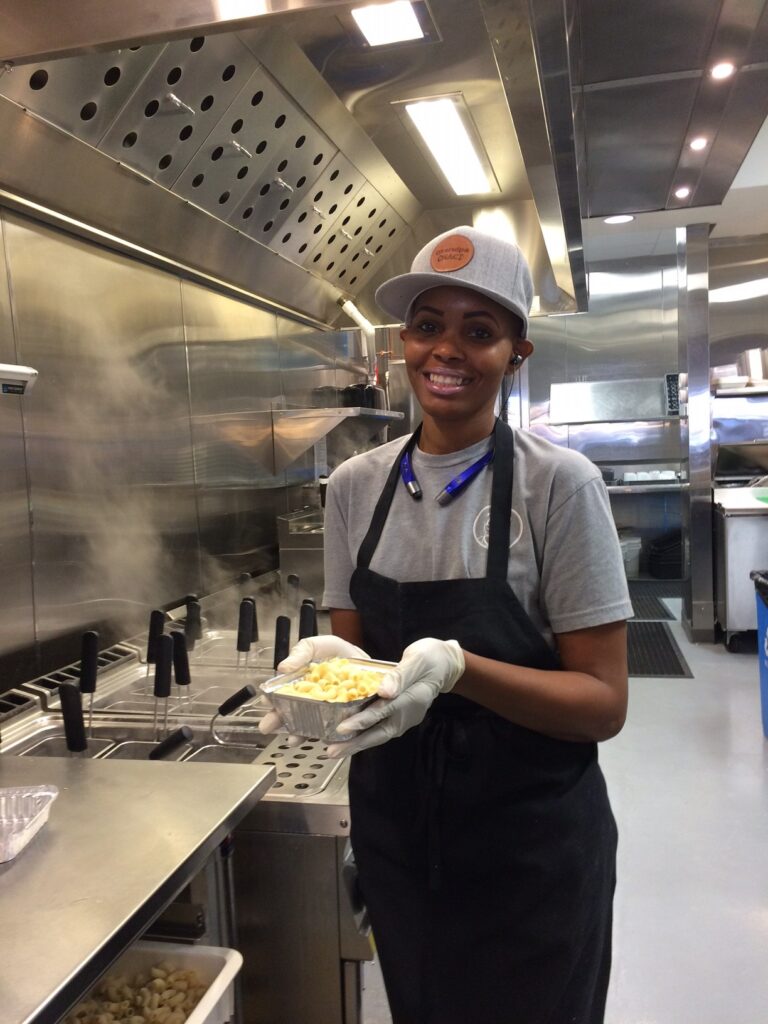