“To be honest, I don’t know where I would be if I hadn’t attended The Culinary School,” he says. “I wouldn’t have been here. I think The Culinary School might have saved my life in some aspects. Where I was before and almost allowing that to be a revolving door. I don’t think I would have come as far as I have without The Culinary School.”

Aaron got his start at the Christiana Hilton as an intern. Every Culinary School student has an opportunity to participate in a two-week internship at the end of their formal 12 weeks of training.

When Aaron arrived at the Hilton he says his responsibilities were “to just learn everything.”

He started in prep where he cleaned fruit, learned to tray food to be eye appealing and fine dining etiquette.

Since then his responsibilities have expanded.

“He always came to us, ‘what else can I do to move up?’,” Hilton Executive Chef Robert Fratticcioli explains.

Aaron’s drive is paying off. Now as a pantry cook, he is responsible for preparing cold foods during both the morning and evening hours. He has also started to cover the line during the lunch hour, and, at times, Chef Robert leaves Aaron responsible for evening banquets.

He also interacts with guests by staffing carving, pasta and omelette stations during special events, brunch and holiday buffets.

“He helps all over,” Chef Robert points out. “His next step is to master nighttime saute and grill. He does it on our slower nights.”

Because Aaron is cross trained in multiple areas, he goes to other Hilton properties to help with openings and large-scale events. He served as a leader at a party for 800 people in Allentown.

Chef Robert says that Aaron “has come a long way.”

Prior to enrolling in The Culinary School, Aaron says, “I was just sitting around. I was looking for a job. I always liked cooking, but I didn’t take it seriously until I got into the program. A lot of the credit goes to Chef Mark [Saunders, former Culinary School Chef Instructor] and the teacher that he was. Chef Mark was a great chef and a great instructor.”

He says those skills “very much carried over” to the Hilton.

“If you are really passionate about culinary and cooking, then The Culinary School at the Food Bank  is a great program… a great introduction program,” he says. “Even though it’s short, you’ll get most of what you need to introduce yourself to cooking. It’s a big help.”

The Hilton gave Aaron an opportunity as a novice. Chef Robert encourages his peers do the same with other students from The Culinary School.

“I would say to take them on and see what they can do. As long as the person has that passion and you give them the direction, they can be successful,” he advises. “Aaron was very approachable, very teachable. He wanted to learn.”

Chef Robert also has advice to current and future students. “You need to be professional looking, dedicated and want to learn. You have to be on time. That’s really one of the big things. You can teach people how to do things, but if they don’t come to work…”

Interested in a career in Delaware’s growing food service industry? Click here to learn more about The Culinary School. 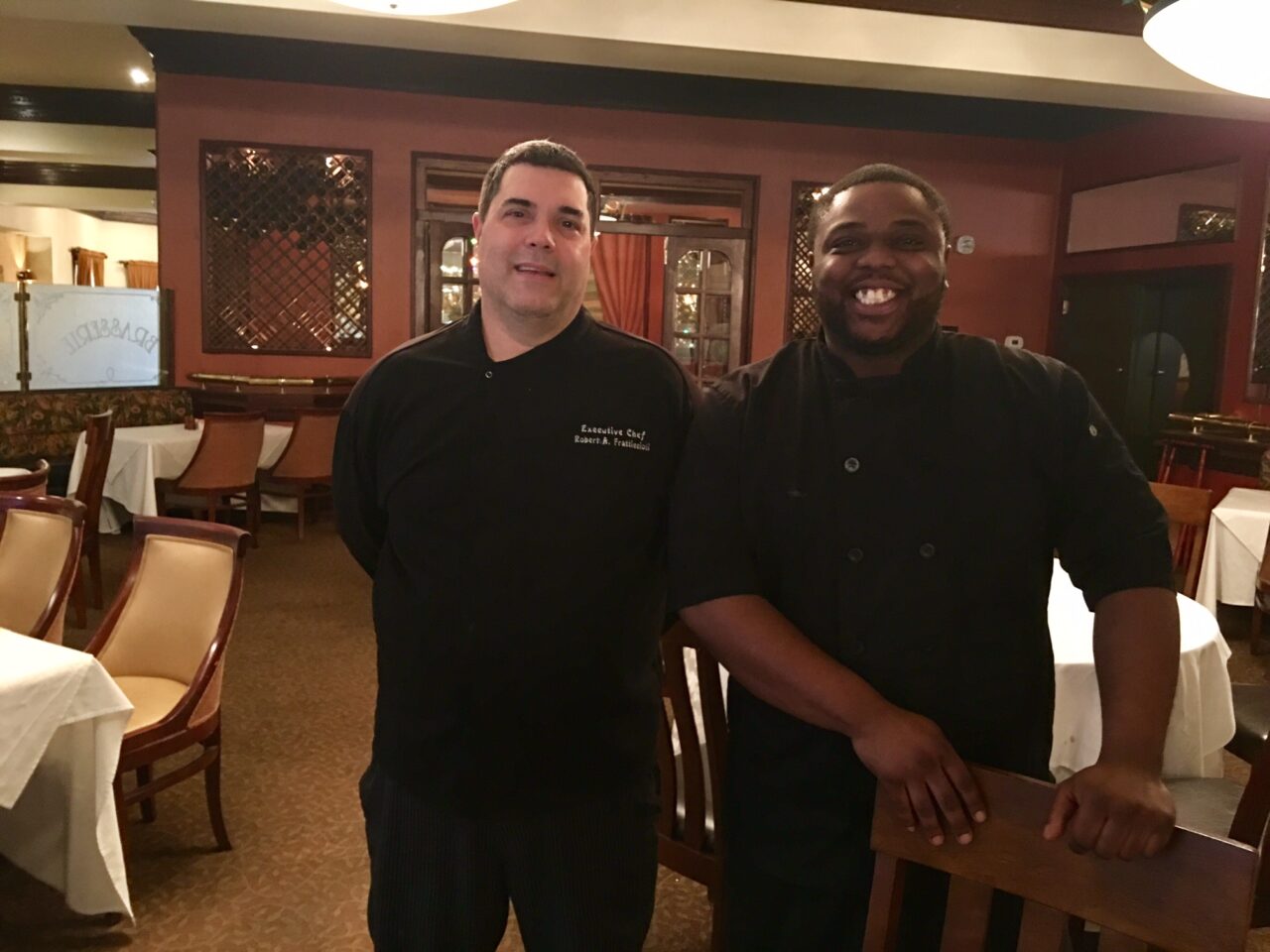