Since opening at the Christiana Fashion Center in December 2016, Shake Shack has aligned itself with the Food Bank of Delaware as a community partner.

“Shake Shack is a company that really enjoys getting out and building a better community,” says Manager Rob Hansley.

Five-percent of sales from the New Castle Concrete, a frozen custard treat, benefit the Food Bank, and members of the team are already regular volunteers at the Newark warehouse.

On a recent visit, Rob met Culinary School Chef Instructor Donnie Stephens and student Kevin McCafferty. Donnie explained The Culinary School to Rob and, immediately, he was interested in a partnership.

Rob spoke to Kevin for a few minutes and asked him to come in for an interview.

Chef Donnie’s original intent was to interest Rob in the internship program at The Culinary School. Through the internship, students spend two weeks working in the field. The Food Bank pays each student a stipend for their work.

“Donnie had talked about the internship, which is also a great program, but we wanted to make him [Kevin] feel like he was part of the team,” Rob explained. Kevin was brought on as an official paid member of the Shake Shack team in March.

Kevin’s thankful that The Culinary School has led to employment already. He learned about the program thanks to the Delaware WONDER program.

Kevin determined that the culinary track was the best fit for him. “I almost went into culinary 20 years ago,” he said. “But because of financial aid, I couldn’t, so I ended up working with Pathmark for 15 years.”

While with Pathmark, Kevin had a variety of roles with the company. When the grocer closed, Kevin was without a job.

Kevin says he had to “jump at the chance” to attend The Culinary School.

Since starting at The Culinary School 13 weeks ago, Kevin has learned a great deal of skills both in and out of the kitchen. “I am a lot more knowledgeable,” he said. “There is so much that you think you know, but you really don’t.”

Teamwork in a kitchen setting has been an important skill that has transferred to his position at Shake Shack.

While Kevin admits he has always worked well with others, working as a team in a kitchen setting is different.

Kevin is typically working behind the grill at Shake Shack on Mondays, Wednesdays and weekends.

He was surprised by how physically brutal the first couple days on the job were.

“The first couple of days my hands were swollen, my triceps were so sore working over the grill,” he said. “Getting used to the heat of the grill was the least of my concerns. Now that I have been here over a month, I have become so much more accustomed to it, it doesn’t bother me anymore.”

Kevin is learning as much as he can at Shake Shack. His manager, Rob, says there are opportunities for career advancement at Shake Shack or one of the other restaurants in the Union Square Hospitality Group.

Six months from now, Kevin hopes to become a Shake Shack cross trainer and eventually be able to travel the country to other Shake Shacks to help train.

For now he is just learning as much as he can at both The Culinary School and Shake Shack. As his 14 weeks of formal training comes to an end, Kevin says, “he couldn’t be happier.”

“I was on the verge of losing my house, I probably would have been homeless again and because of Delaware WONDER giving me this opportunity and the chefs taking me in and teaching me what they know, I am so beyond grateful.”

Kevin’s advice to potential culinary students, “If you are passionate about it, do it. There is no question about it. With the chefs that we have and the students, you may not know who anybody is at first, but you are a family by the end. There is so much to learn.”

Interested in a career in the food service industry? The next class of The Culinary School in Newark begins Monday, June 5. Click here to learn more or to apply online! 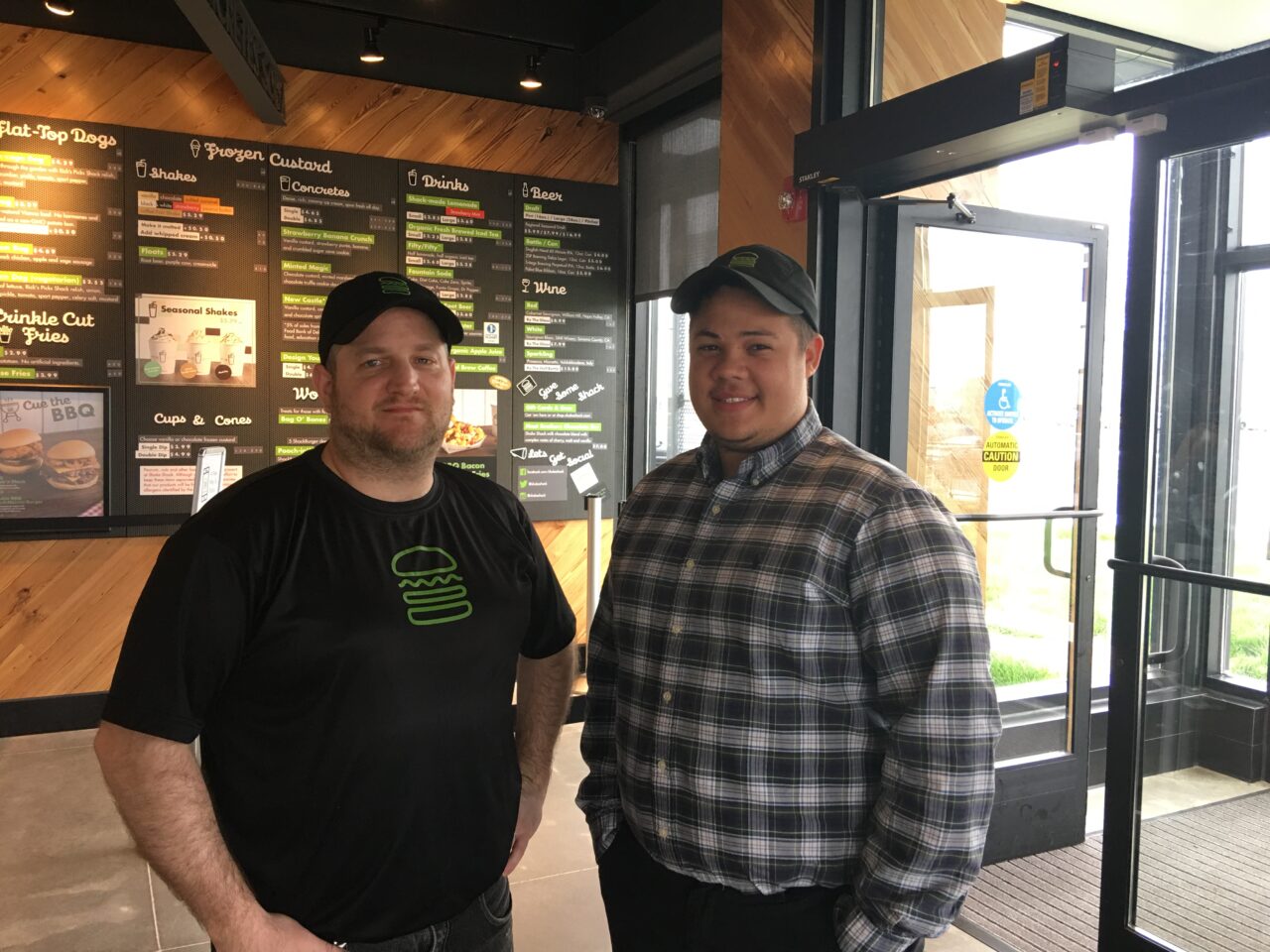