He worked 10 years for Iron Hill Brewery and Restaurant in Newark area, then moved to the coastal resort area to join SoDel. SoDel Concepts will open its 10th restaurant, BlueCoast Seafood Grill in Rehoboth Beach, later this spring.

First stop: the classroom. The 15 students listened intently as Ruley talked to them about one of the Food Bank’s Culinary School’s success stories. Anthony, a Food Bank graduate, is making his way up the career later at one of SoDel’s prestigious beach restaurants and even won a cooking contest featuring Girl Scout cookies.

An honor graduate from Johnson and Wales University, Ruley said the culinary world has plenty to offer. “Each day is different being a chef. It’s an amazing profession, but if you’re in it for the money, go someplace else.”

He told the students that new hires need to work hard, “build a foundation. You have to come in and learn the systems. New people are not experienced as to how we do things,” he added.

He offered more concrete advice to students: Learn ServSafe and how to go on an interview. Be on time. Learn each station. “The less drama, the more money you will make,” Ruley said.

Before the class followed the chef into the Food Bank’s commercial kitchen, the students  were eager to field him questions about his 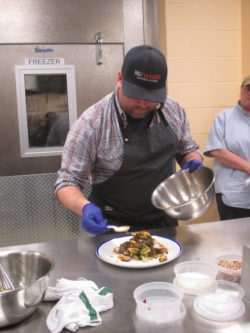 experience at the James Beard house in New York City to queries about his favorite recipes, spices, and restaurant.

When everyone moved into the kitchen, Chef Ruley demonstrated how to make a quick, easy, and tasty salad of brussel sprouts, cranberries, toasted pecans, and a house vinaigrette dressing.

He cooked; the students took notes.

“Remember, you also eat with your eyes,” he said as plated the salad, then took a photo of the finished product.

The students, who were invited to sample the dish, raved about the textures and flavors.

To learn more about The Culinary School in both Milford and Newark, please click here. 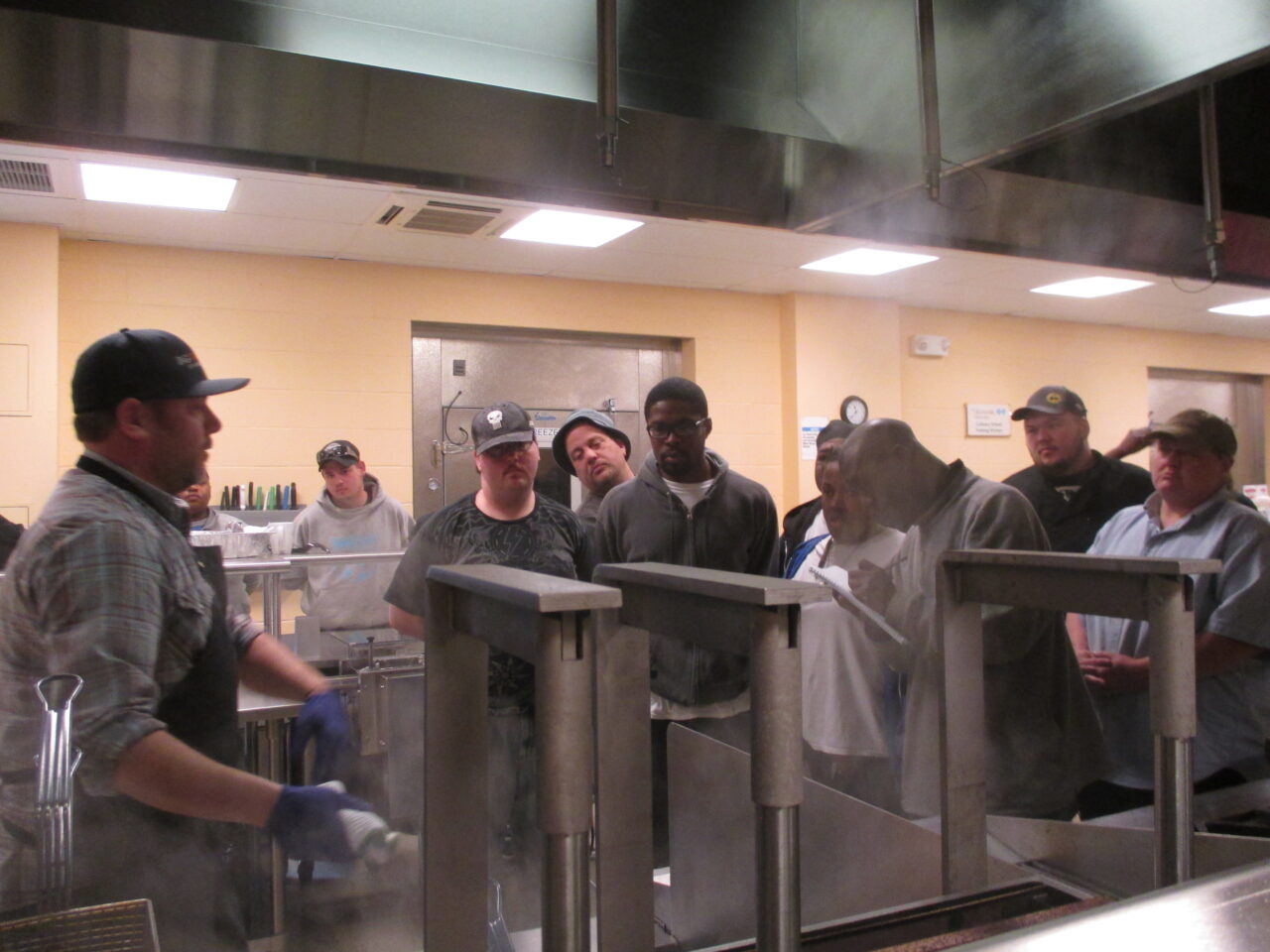