Kayla Reddick is hoping to follow in her parent’s footsteps. Both have spent their careers working as chefs. After holding multiple jobs since graduating high school in 2007, she decided it was time to pursue a career.

“I didn’t consider it [cooking] as a career until I tried everything else and it wasn’t working,” she admits.

Kayla discovered The Culinary School at the Food Bank of Delaware through an internet search. She will graduate with her class next Thursday and has enjoyed the experience.

Kayla interned at Cocina Lolo in Wilmington and says it has been “fun” to learn on the job. From her 14-week training, she says learning knife skills has been most valuable.

Kayla learned under the guidance of Executive Chef Tim Hunter and Chef Instructor Donnie Stephens for most of her training.

“It’s a great experience, because they both have two different cooking techniques,” she says. “You are getting something different from both of them. You learn a lot, and they are both knowledgeable.”

A pasta-making demonstration from Chef Jim Berman from Gordon Foods was very memorable.

“It was fun and it was easy to learn from him,” she says.

Kayla’s favorite dish to prepare is maple chicken, and it actually helped her to win the cooking competition that took place half-way through class.

In addition to learning skills needed for the kitchen, Kayla also says the life skills curriculum has been valuable. Financial education from $tand By Me has been helpful, especially for students interested in owning their own business, she points out.

She admits though that there is more to opening a business than she originally thought.

“I actually know more than just one day i am going to wake up and open a restaurant. There is more to it than just doing it,” she points out.

Upon graduation, Kayla hopes to find a position in a small restaurant. “I want to start at the bottom so I can have the experience,” she says.  Ten years from now she hopes to advance in a career as a head chef.

Interested in a career in the food service industry? The next class of The Culinary School at the Food Bank of Delaware in both Newark and Milford begins Monday, February 13. To learn more or to apply online, click here. 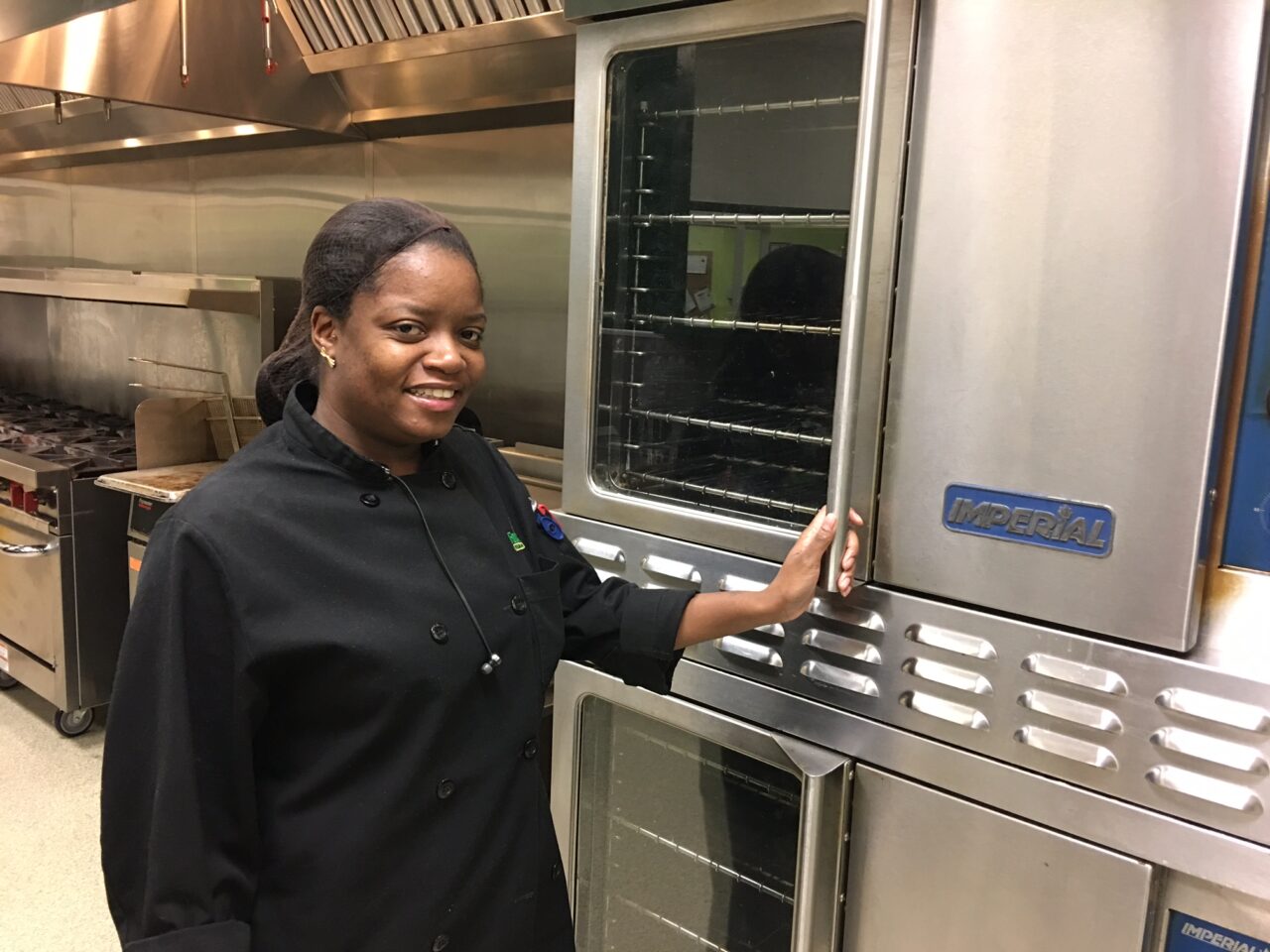