Romario Brown moved to the United States two years ago from Jamaica. One of the first things he did when he moved was enroll in The Culinary School at the Food Bank of Delaware. Since graduating in September 2017, he has worked at a few places, including Bertucci’s, where he has been for eight months now.

A classmate told Romario about an open dish washer position at the Italian chain.

While washing dishes was not most desirable to Romario he said, “‘I thought, alright, I’ll do it. ‘I was dedicated. I am just going to do it and not complain.”

He viewed the opportunity as a way to get himself in the door.

During the interview process, the hiring manager asked about his kitchen experience. “I told them about the Food Bank of Delaware,” he explained. “The Food Bank has helped me out a lot with my skills.”

“Chef [Food Bank’s Chef Instructor] told me, ‘Anything you do in the culinary field, it doesn’t matter if you are a dish washer, a cook or janitor, anything you do, you do your best.’ I am going to do my best,” he said.

He’s been working hard to prove himself and has already received an increase in his hourly wage.

In addition to his dish washing duties, Romario is also cooking on the grill.

“I make chicken marengo, grilled salmon… wings. They are training me on pizza,” he said.

Romario said The Culinary School helped him to understand the vocabulary that’s used in a kitchen. Mise en place is not a foreign phrase for him.  “When you go into the kitchen and the chef says, ‘Make me a roux,’ you aren’t going to stand up and ask, ‘What is a roux?'”

He is establishing himself as a leader and is training other dishwashers.

He is thankful for The Culinary School for helping to open the door to new opportunities.

“If it wasn’t for The Culinary School, I would be jobless, working with my father in a factory or… I don’t know,” he reflected.  “I thank God for the experience and getting me the scholarship.”

Romario said he always dreamed of becoming a chef. “I know I can cook, I know I have skills, but coming to The Culinary School taught me a lot that I didn’t know,” he admitted.

For students considering The Culinary School, Romario says, “Coming to the Food Bank is one of the most wonderful things a person can do if they want to work in the food [industry]… You go there and learn. Once you go in that kitchen there is no turning back. Most people are coming in and thinking it’s easy. Well, it’s not. I see people get frustrated and making mistakes. I’m not perfect; I make a log of mistakes in the kitchen, but what do I do, I practice over and over until I get it.”

He described The Culinary School as “one of the greatest things to happen” to him.

Ready to change your life? Click here to learn more about The Culinary School at the Food Bank of Delaware. 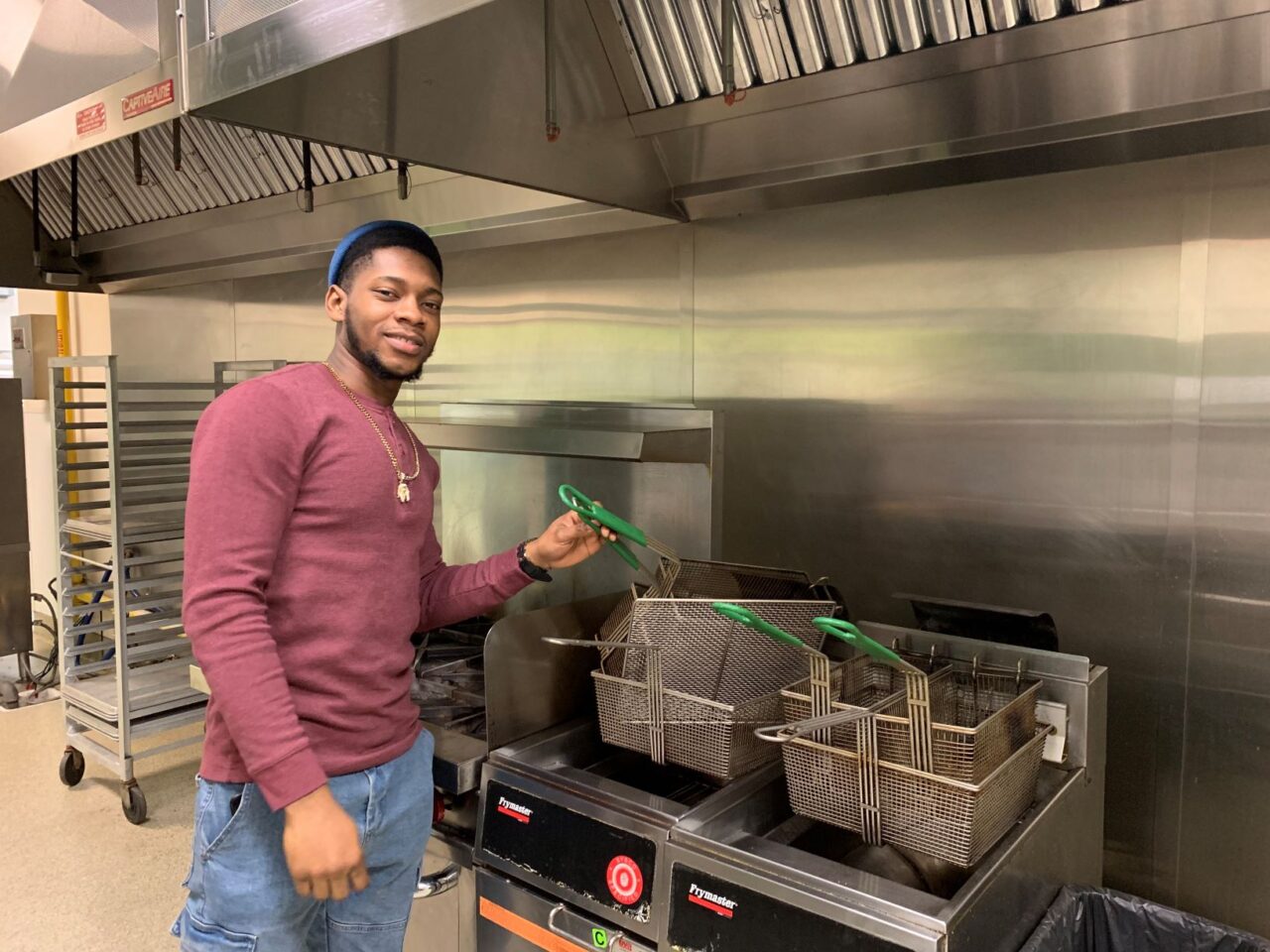