Wes Thawley said he could hardly wait to be a student at the Food Bank of Delaware’s Culinary School.

The 2019 Milford High School graduate had some previous experience with the workforce development program at the Food Bank’s Milford site. He was part of a Pre-Employment Training through the Division of Vocational Rehabilitation for six weeks during the summer prior to his high school graduation.

“I wanted to come here as soon as I could,” Wes said, explaining that he even tried to negotiate a way to combine The Culinary School (TCS) with his senior year of high school. When that didn’t work out, he completed the school year, graduated, and enrolled in the next TCS class. Now, he’s looking forward to his two-week paid work experience followed by graduation ceremonies on Dec. 10.

What’s the difference between Pre-ETS and the real-deal Culinary School? Wes can explain. “The six weeks, those were baby steps. We couldn’t use knives, but it got me motivated to do something harder. I came here on my own accord,” he said.

The Food Bank of Delaware is the only food bank in the country which has two culinary school locations. In addition to the Milford site, there is a school at the Newark site. The Culinary School is a 14-week program for unemployed and underemployed individuals and those in career transition. Students learn basic and high-end kitchen skills. The program includes 12 weeks of classroom and kitchen training, culmination in a two-week paid work experience.

Being trained in a professional kitchen has motivated Wes to do more cooking at home. He enjoyed making tomato sauce from tomatoes harvested from his mother’s garden. “They were smaller tomatoes, so it took more time,” he said.

Wes sad he loves to bake, and he ticks off a list of successful projects: cookies, brownies, cakes, and even macaroons. “I find baking as a straight-forward process. I want to become a pastry chef or a baker,” he added.

Of course, like most students, he found being in school created some challenges. He notes that he’s not a morning person. “I try to show up on time, but I’m tired and it takes a while to get started,” he said.

And like most students, there were times when Wes considered quitting – but not for long. “I have had thoughts, but they don’t last long. Maybe three minutes. This industry is always going to be busy,” he said.

But he’s pleased with the new friendships he’s forged with his classmates, counting them as a definite benefit. “If you have no friends in the kitchen, there will be a bad atmosphere. Chef Tish told us that it we work angrily the food will taste bad.”

As for plans after graduation on Dec. 10, Wes says he wants to get a job after Christmas, and he’s also considering college.

Click here to learn more about the Culinary School; the next class session begins Jan. 13. 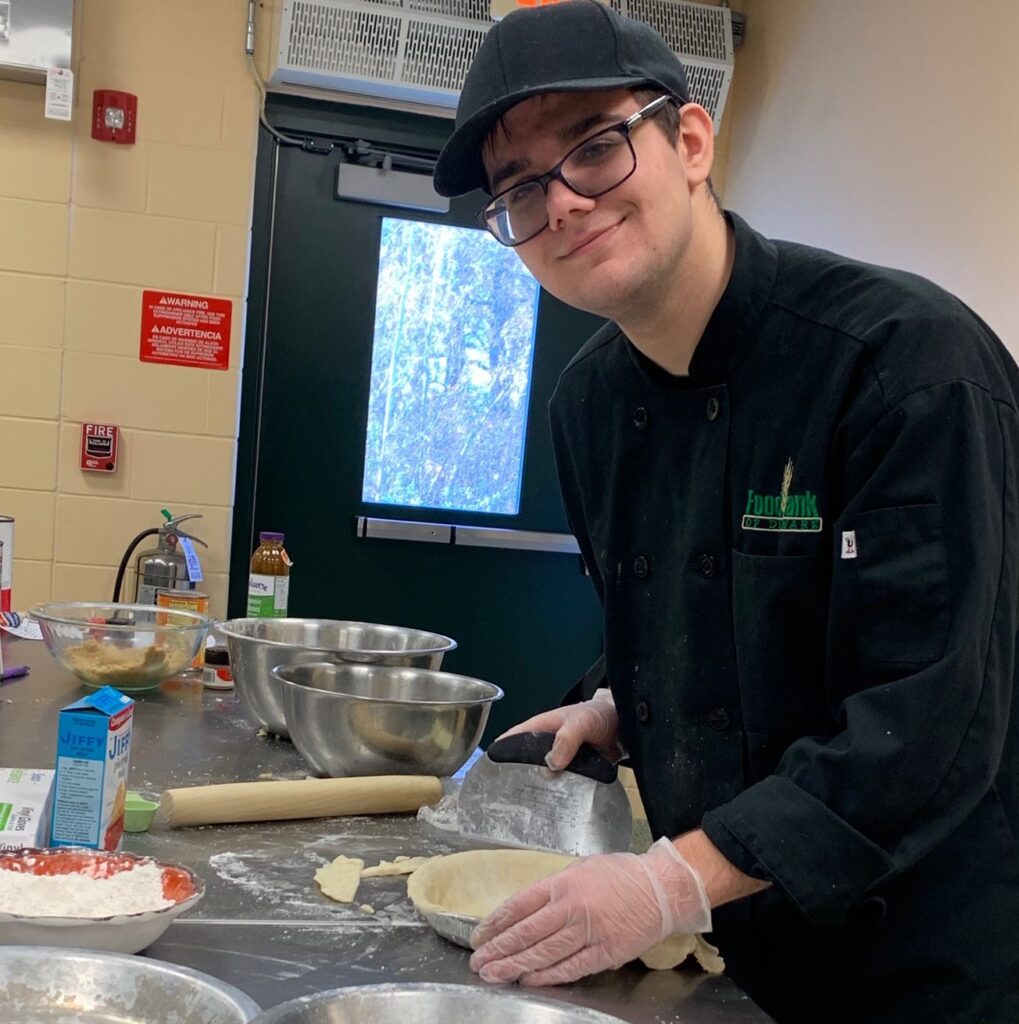