Nestled in among the 8th and 9th blocks of North Clayton Street is the Rodney Reservoir Community Garden—aka Wilmington’s secret jungle. It’s not quite the gorillas, tigers, and bears that the Jungle Book made dear to so many of us, but it is abundant, green, and overflowing with life. Every summer, this little urban jungle of food bursts forth with a bustle of gardeners growing a whole grocery store’s worth of fruits and veggies. Take a walk through on any day in late July or August and you’ll find tomatoes, cucumbers, kale, squash, lettuce, melons, pumpkins, flowers, potatoes, herbs, and one of the garden’s friendly co-presidents, Rob Pfeiffer.

Pfeiffer perfectly encompases the “weird, wacky, and awesome” energy that he uses to describe his corner of the West Side community—and his name may be familiar if you’ve ever heard of Tiltlandia. His work in the garden is guided by the simple principle that everybody should have easy access to good, fresh foods. Moreover, Pfeiffer acts according to this belief by inviting just about everyone he meets out to the Rodney Reservoir garden for a drink of their choice and a nibble from his garden beds. He has a knack for making people feel right at home among the vines, leaves, flowers, and stalks that spill from nearly all of the garden’s 60+ raised beds.

Even on days when the summer’s swallowing heat threatens to drive us all back indoors, it’s not hard to find an excuse to spend just a little while longer in the garden with Pfeiffer. Sure, his captivating stories and jovial sense of humor—all inspired by one of the seven lives he’s led so far—help the minutes tick by into hours faster than usual, but Pfeiffer also instills in his company a sense of pride and mutual-ownership over the garden space. Through action, he acknowledges that the physical space belongs equally to him and every other person in his community, just as the right to good food should as well.

Although Pfeiffer sometimes struggles with the feeling that Rodney Reservoir can be perceived as a “gated community”, due to its key-access only entrance, he combats this by taking produce out just as often as he brings people in. The garden is only a few blocks from St. Stephen’s Lutheran Church, where Kanchalee Reeves and a host of volunteers run a food pantry. Wherever Pfeiffer notices that the garden is getting overrun with ever-ripening but consistently neglected produce, he harvests the load of it then delivers it to Reeves so that it can be shared with hungry neighbors.

This summer, we at West Side Grows Together were fortunate to team up with Pfeiffer and Reeves in support of the Harvest 2020 campaign. Originally put on by the Pennsylvania Horticultural Society, the campaign is essentially a formalization of the produce donations Pfeiffer has been making for years. It encourages individuals to grow their own food and share as much as they can with their broader community as a way to combat increasing hunger and food insecurity—especially in the midst of the coronavirus pandemic.

In early July, the Delaware Center for Horticulture (DCH) and the Food Bank of Delaware picked up on the campaign and expanded it to engage each county in Delaware. Led by Vikram Krishnamurthy, the DCH organizes outreach, promotion, and donation tracking while the Food Bank supports collection and distribution efforts by working with the pantries and people who are receiving donations. Both organizations have acknowledged the increasing threat of food insecurity throughout Delaware. Moreover, they intend for this campaign to raise awareness about that core issue “while teaching people to garden more productively, collecting thousands of pounds of fresh produce for hunger relief organizations, and building long lasting relationships among gardeners and hunger relief organizations”.

Since joining the effort early July, Pfeiffer and the Rodney Reservoir Community Garden have donated over 100 pounds of fresh produce to St. Stephen’s. Donations have included leafy greens, tomatoes, cucumbers, squash, potatoes, and herbs. The food pantry at St. Stephen’s Lutheran Church is open on Monday, Tuesday, Thursday, and Friday from 9 am – 12 pm and on Wednesday from 5 pm – 7 pm. No advance appointment is needed to donate to or receive from the pantry.

Since November of 2019, Pfeiffer has also been at the forefront of another effort to get fresh food more directly into the hands of hungry West Side residents. When the city of Wilmington celebrated the opening of a new “community green space” at 7th and West Streets, one of the most food insecure areas of Wilmington, Pfeiffer celebrated the start of his new position as “farmer-in-residence” at the space’s adjoining community garden. Leading up to the event, the former brownfield lot was cleaned, greened, and organized into an open park area for outdoor events and a community garden area that hosts 11 raised beds. Wilmington Alliance and Creative District Wilmington partnered to make this project possible.

During its first season of growth, gardeners at 7th and West have grown kale, cabbage, brussels sprouts, tomatoes, and swiss chard galore. Yet, the 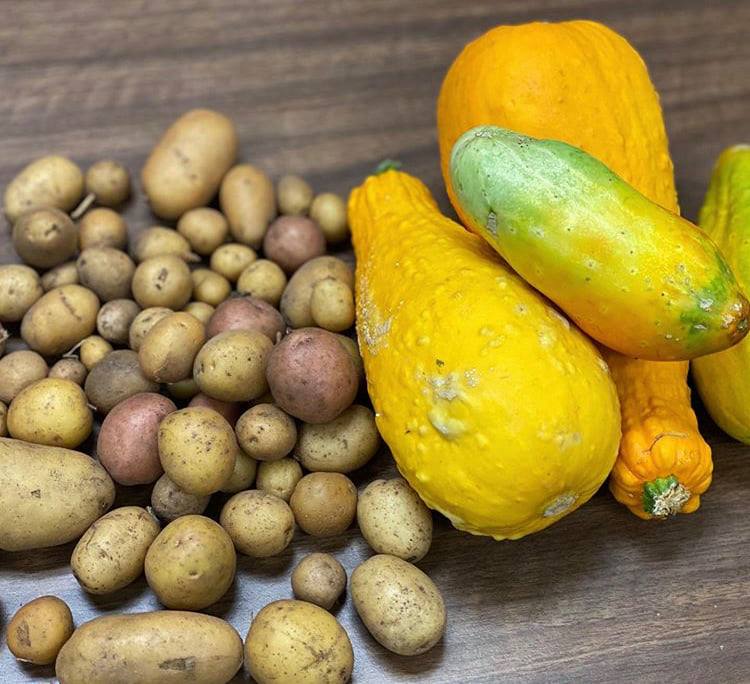 crops don’t stop when the beds do—“snack beds” adorn the perimeter of the garden. These in-ground, pick-it-on-the-run style beds contain an array of blueberry and blackberries bushes—instead of ornamental plants—that host some of the largest, juiciest fruits to ever behold. With such vibrant signs of life and growth, the new garden has been a source of stability and hope amidst this turbulent summer.

Pfeiffer’s intuition for community building has established the 7th and West Garden as a friendly haven and natural reprieve within the often terse and highly concrete backdrop of Wilmington. Whether ambling around the space to weed and water or simply reclined with a cold drink and freshly picked berries, Pfeiffer is always eager to speak with members of the garden or walkers-by alike. He welcomes any and all into the garden for a show of the good life—that is, the joy of having a green place to call your own and fresh food to fill your belly.

More than a place to grow and get food, the garden has become a cherished and fiercely protected space where community members cultivate feelings of shared pride and ownership over their surroundings. By empowering individuals with the tangible skills and space to grow their own food, the 7th and West Garden directly incorporates folks within the food process, enhancing their individual ability to access good food and creating a more independent, resilient community in the face of food shortages.

Both the Rodney Reservoir and the 7th and West gardens are, quite literally, planting the seeds of equal food access opportunities in Wilmington. Fortunately, though, they are not the only efforts of this kind happening in the city. Individuals and organizations across the board are looking for ways to promote and equilibrate access to fresh, affordable food. Many of these efforts have been acting with renewed vigor since the start of the COVID-19 pandemic—a reflection not only of newfound awareness of our food system’s fragility and increasing food insecurity, but also of our common ability to actually do something to combat these issues.

In addition to those previously mentioned, Wilmington is home to a handful of other secular and faith-based community gardens that have their own partnerships with food distribution efforts and provide space for residents to grow for themselves. There are also folks, such as the Delaware Council Farm & Food Policy, working at the policy level to better support the state’s farmers, farmers markets, and SNAP/WIC recipients. Still, other groups, such as the Delaware Urban Farm and Food Coalition and the UD Cooperative Extension, create and advocate for food access initiatives that support local urban agriculture.

Wilmington is also home to an increasing depth of local urban agriculture startups—such as Bright Spot Farms, Second Chances Farm, Bellevue Farms, Conscious Connections, and the E.D Robinson Urban Farm—that continue to expand operations across the city. Initiatives such as these show the power of local food industries to provide practical training and create meaningful jobs for the communities in which they operate. Moreover, these startups are forging ground for an active local, direct-to-consumer production market.

Over the coming years, the individual efforts of Wilmignton’s urban agriculture startups could be coalesced into one cohesive local food hub that would work to fulfill food needs city wide (thanks to efforts led by Bellevue Community Center’s Elisa King). While each individual startup shows Wilmington’s overall movement toward food localization and independence, the establishment of a food hub would dramatically increase the city’s local food security while also providing jobs and valuable infrastructure.

At the core of all this work—from hands in the community garden dirt, to handing out produce, to handling policy, and back around again—is one basic conviction: Good food is the skeleton of good community. When food is shared among neighbors, it becomes the grounds for connection and understanding. From these roots, communities ultimately flourish with health, opportunity, and resilience. 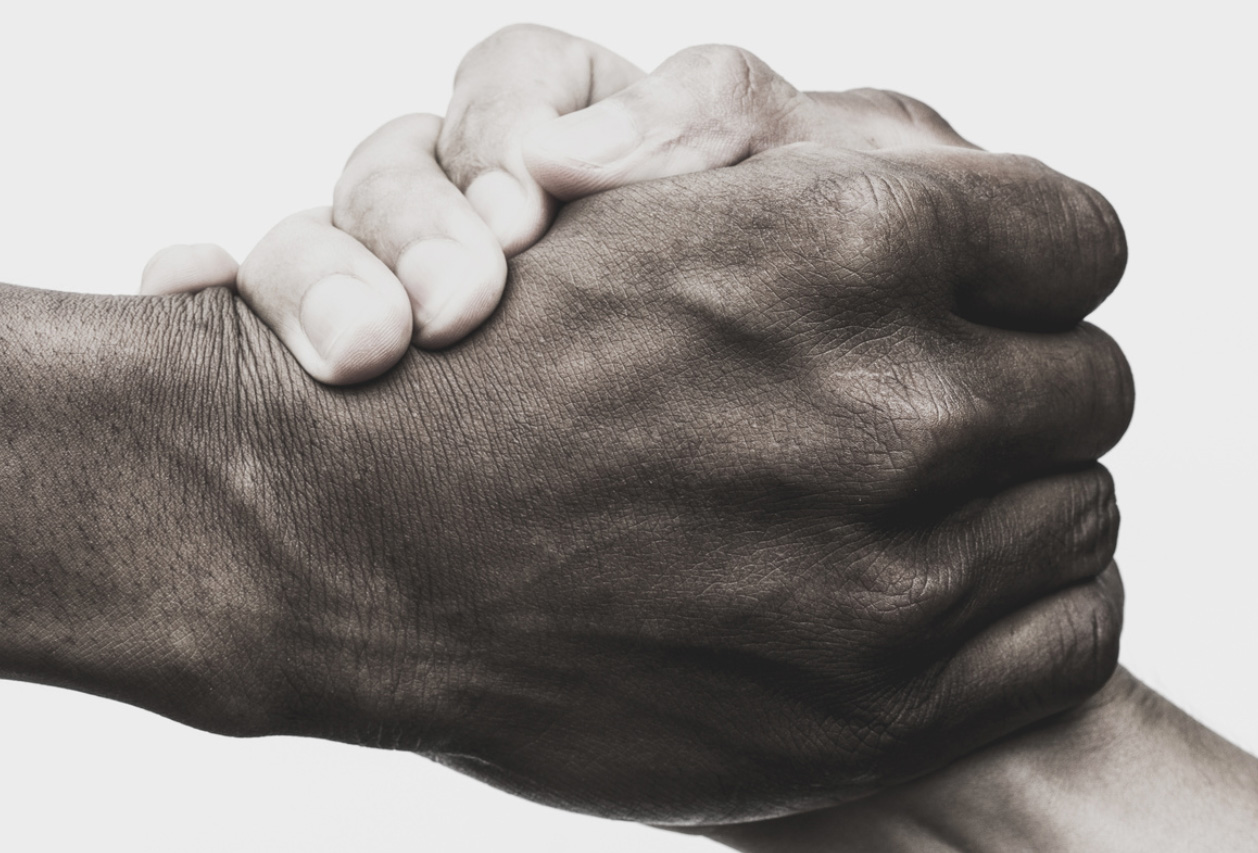 Together, we can make a difference in 2022

Is giving back one of your resolutions for 2022? The Food Bank of Delaware would love to help you make your resolution into a lifestyle. Even in our ever-changing world, you can safely make a difference for more than 114,000 Delawareans struggling with food insecurity. Here are some ideas for dipping your foot into the… 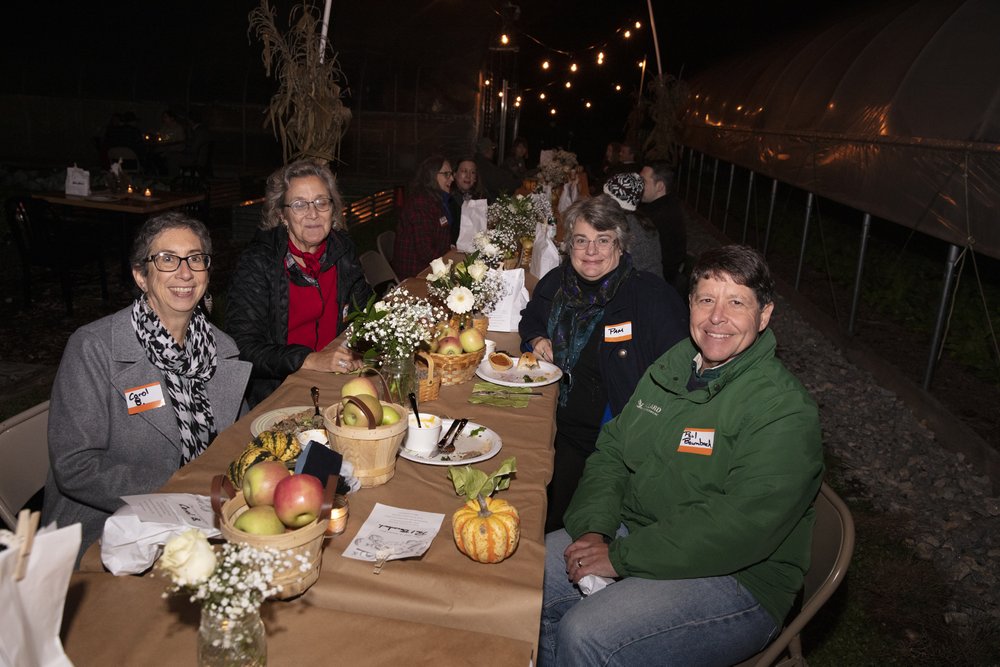 First-ever Forks on the Farm dinner a success

The first-ever Forks on the Farm dinner was held on the Food Bank Farm on November 12 under a moonlit sky. After a morning filled with rain, the skies cleared for a beautiful farm-side evening. The Food Bank farm farm was transformed into a dreamy, rustic venue where guests enjoyed a candlelit alfresco dinner prepared… 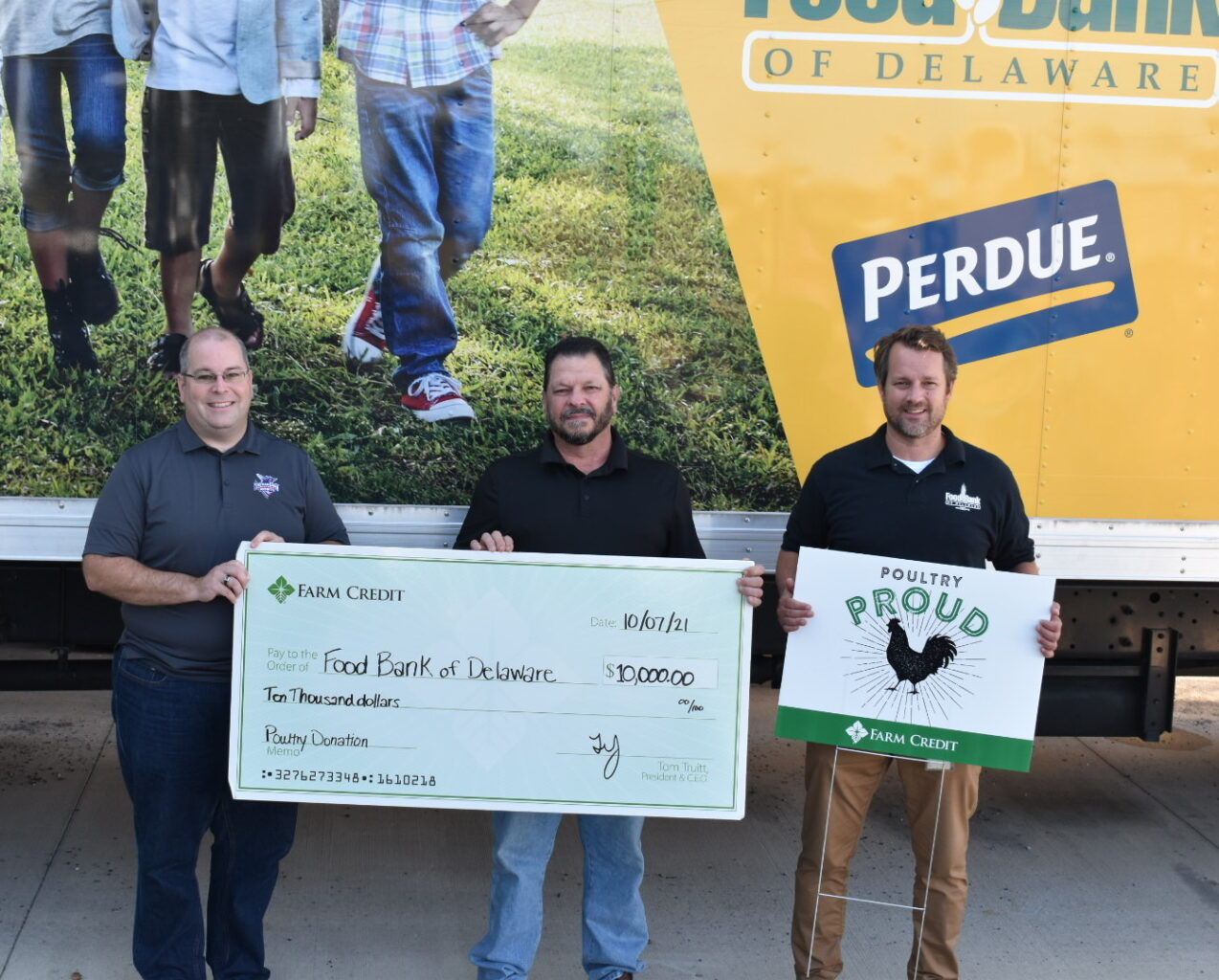 Thanksgiving will be here soon! To prepare for the holiday season, the Food Bank of Delaware kicked off its annual Thanksgiving holiday food drive on October 11. This year’s Thanksgiving food drive will be held in a hybrid fashion with opportunities for both virtual and in-person food drives. According to Feeding America, more than 114,000… 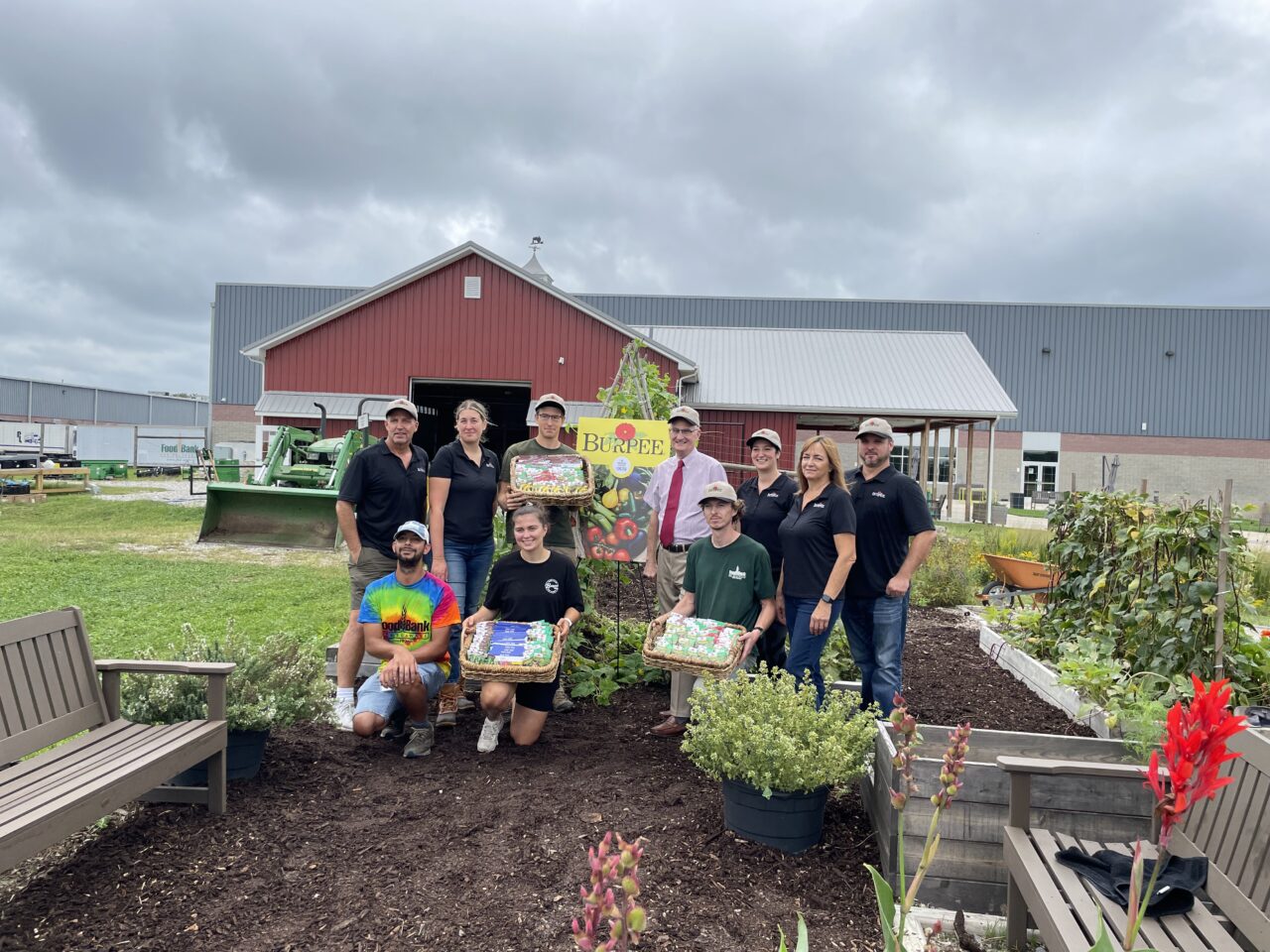 We were honored to receive a seed donation from Burpee this morning as a part of an unprecedented 11 million vegetable seed donation to Feeding America food banks. The gift is part of a partnership between the nation’s largest hunger relief organization Feeding America and Burpee to raise awareness for the problem of food insecurity… 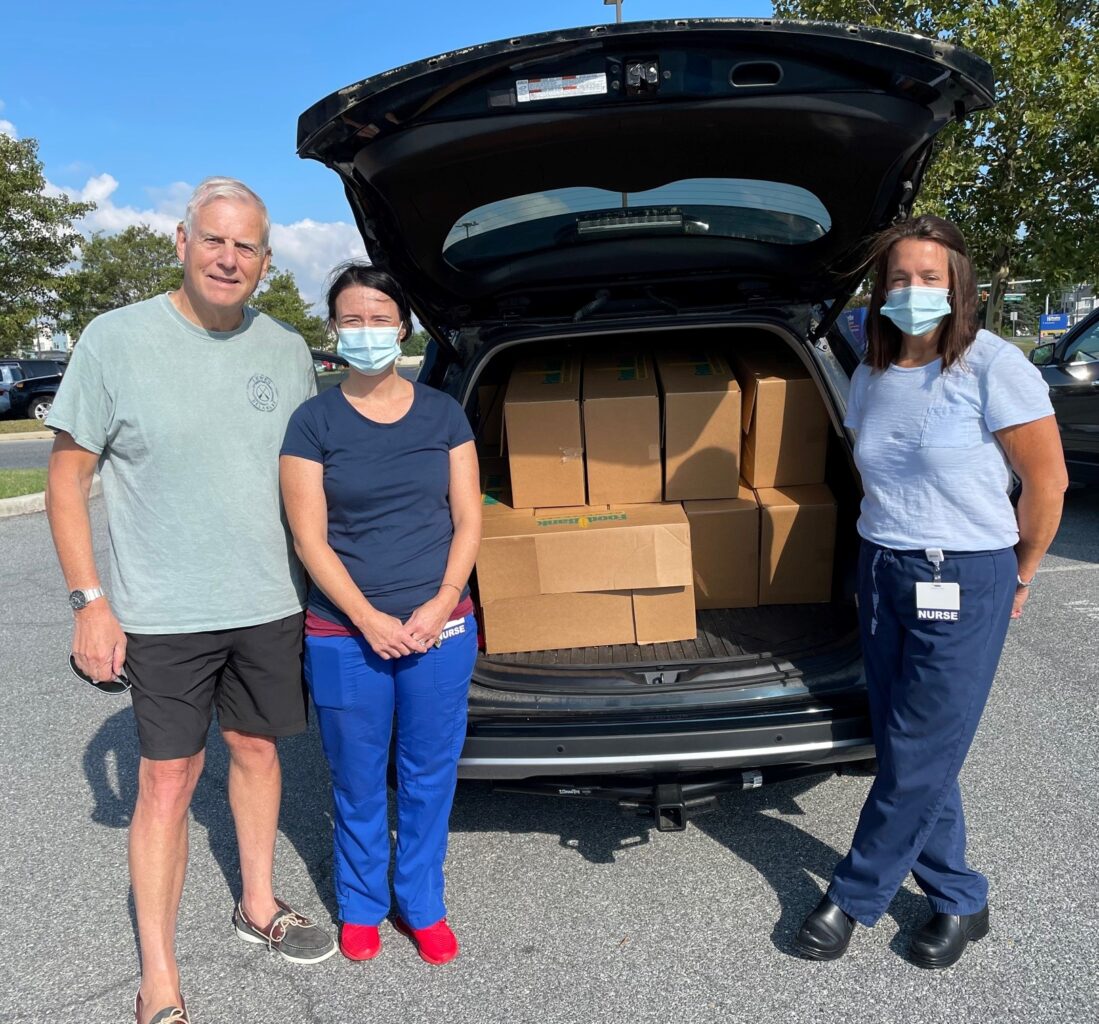 Caption: Steuart Martens, a Village Volunteer board member, from left, and Beebe  Care’s Population Health nurses Monica Scott, BSN, RN, and Cecilia D’Orazio, RN, load CSA boxes from the Food Bank of Delaware into Martens’ car. Village Volunteers will deliver the fresh produce to qualifying seniors. Thanks to a collaboration among the Food Bank of… 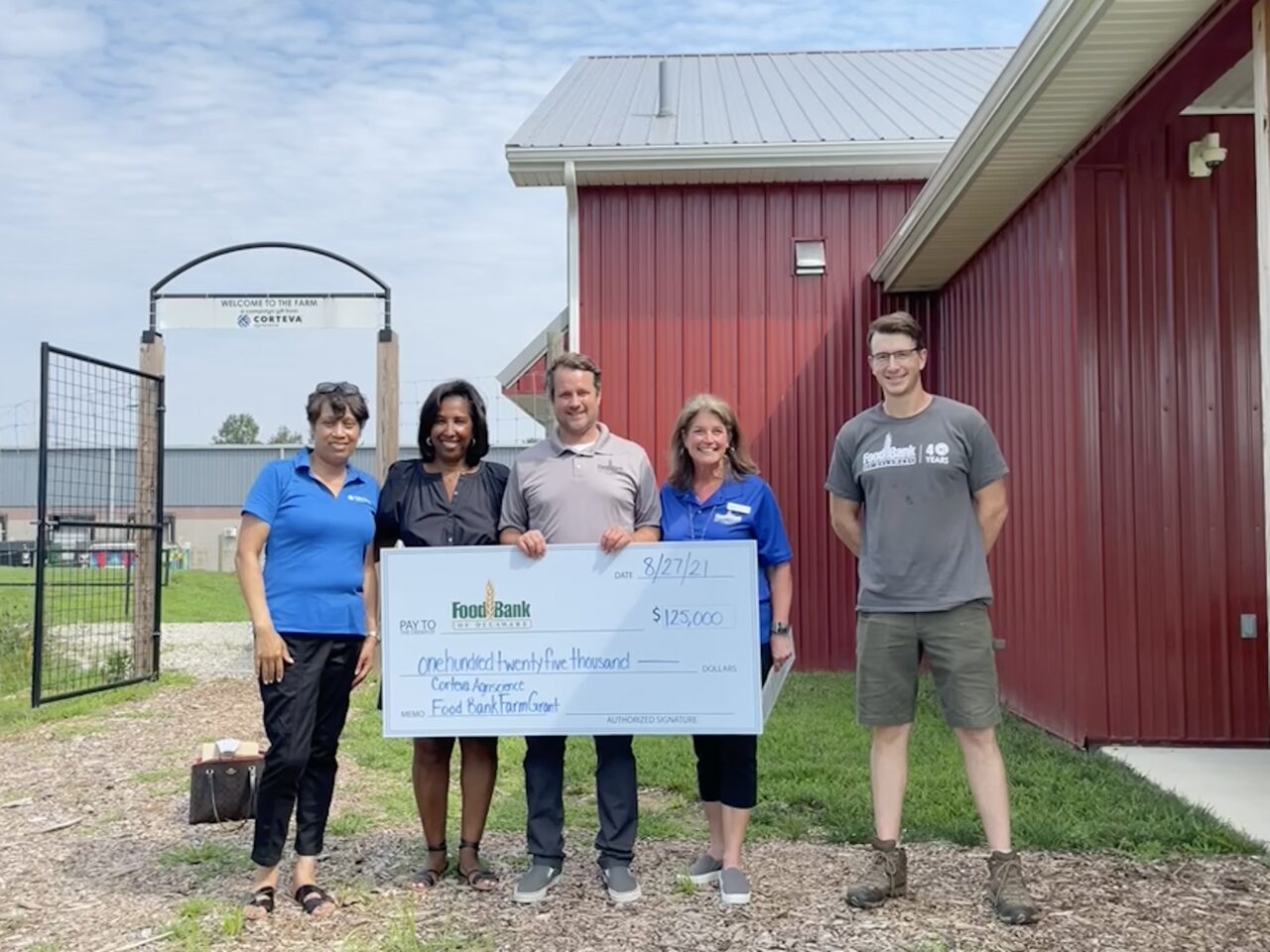